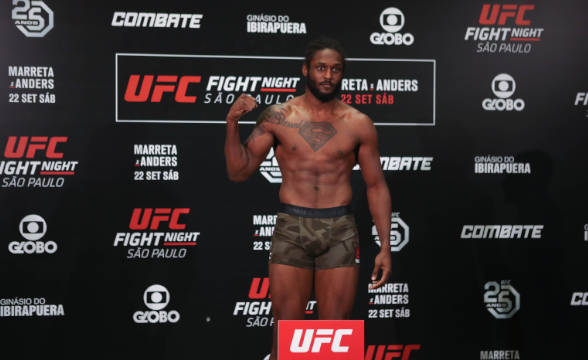 Jan Blachowicz vs. Aleksandar Rakic is the headliner of UFC on ESPN 36, but there are several other fights that mustn’t fly under the bettors’ radar. One bout that stands out is the light heavyweight clash between Ryan Spann and Ion Cutelaba.

Both fighters are seasoned veterans who started their professional careers in 2013. Ryan Spann (19-7) started his UFC career in 2018. Ion Cutelaba (16-6) did the same two years earlier. Another fun fact about the two is that they tend to finish their fights early. Only five of Spann’s 26 pro fights went the distance. In the case of Cutelaba, just four of 20 fights lasted until the final bell.

Are we going to see the Ryan Spann vs. Ion Cutelaba at UFC on ESPN 36 finish early as well? And if so, who’s going to be the winner? Those are the questions we’ll try to answer in this post.

All odds are per FanDuel as of May 11.

Ryan Spann to Take Down His Opponent?

Spann is a master when it comes to grappling, the evidence being that he’s won 11 fights this way. However, the last time he won a UFC fight, he did it by a TKO (punches). It happened in March 2021 when he defeated Misha Cirkunov, for which he earned the Performance of the Night bonus.

Originally, the two light heavyweights were supposed to fight in late February, but Spann pulled out of the event due to an undisclosed injury. It’s not clear how long it took him to recover, nor how much time he’s had to prepare for UFC on ESPN 36.

Ion Cutelaba is the KO King

Twelve of his 16 career wins happened by KO/TKO, which makes Cutelaba one of the best punchers in the MMA universe. However, it’s been a while since he recorded a win by this method. September 2019, actually, was when we last saw Cutelaba win by TKO.

Since then, he fought another four fights, losing two, drawing one, and winning one. The fight he won was the headliner fight of UFC Fight Night 192. We saw him beat Devin Clack by unanimous decision.

Even though Cutelaba is seen as the favorite, we believe we could see Spann upset the odds. He is an all-around fighter, who could take advantage of his grappling skills to take Cutelaba down. On the other hand, we could also see both fighters take a more cautious approach, possibly taking the fight to the final bell.