Rhode Island approved the bill that removed the need for a physical visit to a casino for anyone willing to open a sports betting account. St.Gov. Gina Raimondo signed HB8097 into law Thursday to facilitate the onboarding of new customers for the sports books operating in the state.

Last week the number of US states that require in-person registration for a sports betting account went down to 3, Nevada, Iowa and Illinois, as Rhode Island approved the amendment to remove that requirement. Both House and Senate passed HB8097 which sought to facilitate the process of new customer onboarding, July 16, sending the bill to the governor for the final signature.

Lawmakers in the state argued that the physical registration requirement was a significant barrier for new customer acquisitions for the sports betting operators, as according to data from the state’s Department of Revenue, around 14,000 people have begun the registration process for mobile betting but never completed it. Besides that, the conversion rate from the number of sports book app downloads in the state was 45%, with the industry average being nearly double that, 75%.

The hidden potential represented by the data could not be overlooked by the state, especially in light with the significant decline in tax receipts from sports betting operations. Rhode Island posted  a huge drop in state revenue in May, more than 3 times less than the year before due to the industry’s revenues sinking to a mere million-and-a-half from nearly $15 million in May 2019.

Besides looking to fully utilize the in-house potential, lawmakers in the state were hoping to attract bettors from neighbouring Massachusetts as residents there could just cross the state line and register and then cross again to place bets through their mobile phones. That hope was based on a similar pattern which appeared in New Jersey when the state approved mobile sports books and bettors from New York crossed the Hudson River on a regular basis for sports betting purposes.

Now when St.Gov. Gina Raimondo has signed HB8097 into law, expectations are that remote registration will be up and running within a month, just in time for the start of the new National Football League (NFL) season, provided that it starts as scheduled.

Information Game Technology (IGT), one of the biggest technology suppliers for the sports betting and gaming industry and the engine behind both William Hill sports books in the Twin River’s casinos in Tiverton and Lincoln, confirmed it was already taking steps to implement mobile registration.

Out of the 3 remaining states that require in-person registration for sports betting, only Nevada does not plan to remove that requirement in the foreseeable future, as Iowa will allow remote registration at the beginning of next year, while Illinois will wait until the state issues its online-only license which is bearing a fee of $20 million. Illinois, however, temporary removed that requirement due to the restrictions imposed by the virus outbreak.

Casino workers in Rhode Island continue to insist that their employers and lawmakers should do more and opt out of smoking on gaming floors. There is a critical mass of both employees and legislators, it seems, to make the ban on gaming floors a permanent one. It all hinges on whether a proposed bill that […] 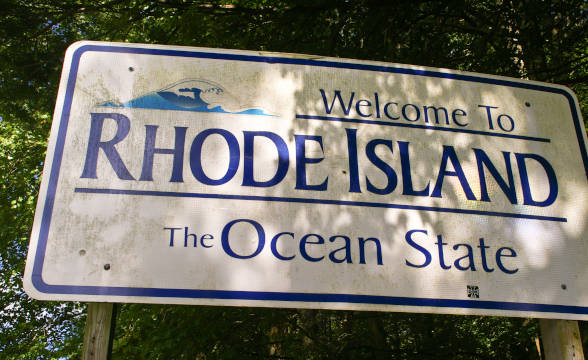 Smoking in casinos is becoming an increasingly bigger issue for those working there. As such, there has been a strong response from workers everywhere in the United States calling for the end of smoking on gaming floors. While some have objected that this would impinge on financial results, others have welcomed it as a long-overdue […]

Supplier of lottery and gambling technology International Game Technology (IGT) announced today a new contract extension with the Rhode Island Lottery that would keep IGT as the exclusive supplier of products to the Lottery. Long-Term Partnership to Continue The new comprehensive 20-year contract extension between IGT’s subsidiary IGT Global Solutions Corporation and the Rhode Island […]

According to Monday’s statement from Rhode Island lawmakers, the Rhode Island Lottery brought in nearly $302 million for the state’s general funds for the fiscal year ending June 30. This is nearly $18 million more than the previous year. However, in the prior year, the state’s lottery revenues were more than $397 million. Rhode Island […]

The first and largest privately-owned casino in Rhode Island will receive a massive tweak and become even bigger. On Thursday, union leaders were joined by state officials from the governor on down for an expansion of the Bally’s Twin River Casino Resort, located in Lincoln. The expansion is set to cost around $100 million. This […]

Rhode Island legislators just signed off on two deals that will have International Game Technology (IGT) and Bally’s Corp. seeing green for years to come. IGT has supported the state’s lottery system since it was introduced and Bally’s, under its former Twin Rivers Holdings name, has been the exclusive casino operator for years. Both entities […]

Rhode Island’s House Finance Committee is going to review an updated version of a gambling contract between the Rhode Island Lottery, IGT, and Bally’s Corp tomorrow. The updated contract proposes the creation of new workplaces and is expected to bring the state approximately $300 million annually. RI Lawmakers to Review an Updated Gambling Contract An […]

Following recent spikes of positive COVID-19 cases, Governor Gina M. Raimondo revealed enhanced restrictions for Rhode Island. The new restrictions will come into effect on November 30 and will be effective for two weeks. Besides bars and gyms, the new restrictions also affect the two Bally’s casinos in the state. New COVID-19 Restrictions to Come […]

Bettors in Rhode Island may not need to visit a gaming facility to register in-person for an online gaming account, as lawmakers in the state passed a bill to remove that requirement and facilitate the on-boarding of customers. Bill H8097 has been approved by House and Senate, July 16, and was sent to the governor’s […]

William Hill and IGT have introduced an update to their Rhode Island sportsbook as part of an ongoing partnership between the companies. The industry leaders will help RI streamline the sports betting experience and offer customers a better, streamlined mobile betting experience. Enrico Drago of IGT on the Elevated Player Experience Enrico Drago, Senior VP […]