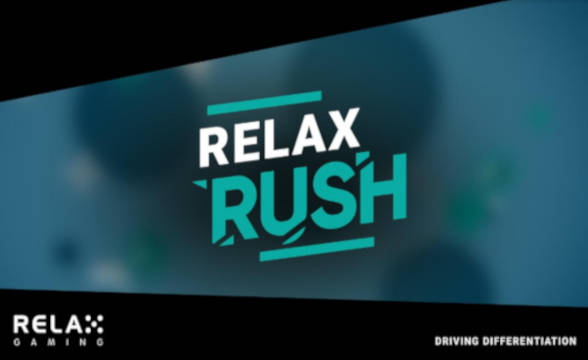 Relax Gaming, an aggregator of iGaming content and developer of original products, is set to launch a new promotional suite, Relax Rush, which will feature a €1 million campaign that will come as part of the Dream Drop jackpot series, the company announced in a press release.

As a result, Relax Rush will be striving to provide networks and operators with promotional tools that will help companies set up smart campaigns and ensure further reach and pull with audiences in the iGaming sector.

The company is introducing its new suite to support a multi-option tournament and daily cash drop system, with the €1 million prize pool split into prizes of €50,000, €150,000, €300,000, and €500,000. The campaign will run through the rest of the year in the four months of September, October, November, and December. The first event will take place next week.

The Daily Rush grants you prizes worth €2,000 with up to 50 prizes per day that will be available for players to win. Fridays are earmarked for the Friday Rush event which allocates €8,000 per day, and up to €15,000 in December.

There will be new features introduced to the overall promotional toolset Relax Gaming seeks to promote, including the “unique twist to the tournament functionality.” Another added benefit of the Relax Rush promotion is that there are no minimum bets to trigger a prize, with players able to continue playing their favorite games for the off chance of winning regular and extra games.

Players would be forgiven for thinking our Dream Drop games couldn’t get any more exciting, but the next few months are going to prove otherwise with our €1m campaign supported by Relax Rush.

Hammon confirmed that the company is always looking for new ways to make the Relax Rush Promotional Suite even more worthwhile to players while helping to raise standards in iGaming. Relax Gaming has had a string of successes recently.

The company recently teamed up with white-label platform provider Quantum Gaming. Relax is also adding new third-party studios and streamlining its internal development processors to bring more great content to the fore over the coming months.