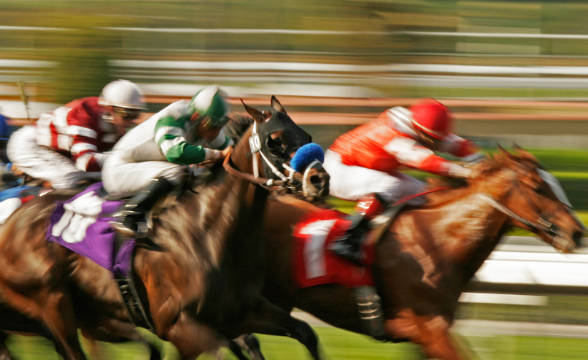 Digging into the history of sports betting will lead us back to the early 19th century. In the 1800s whenever someone took pride in sharing they were gambling, what they meant was that they were betting on horses. Law enforcement authorities seemed to be impartial towards the activity and sports betting logically remained illegal.

For 85 years the Association of Racing Commissioners International (RCI) and its regulatory authority members stood alone in the process of licensing and enforcing legal matters related to racing. The decision to create a subsidiary of the visionary organization seems to enjoy the support of its members while a new national organization is set to debut on July 1.

The new entity, named the Sports Betting Regulators Association (SBRA), will be empowered to oversee all betting-related activities within the horse racing industry. Its opening session will be held on July 10 together with the National Council of Legislators from Gaming States’ summer meeting in Boston. The SBRA’s structure and procedures will resemble the ARCI ones.

Claims of corruption involving referees impacting results and drug testing procedures deliberately omitting offenders additionally fueled the need to rapidly create the new ARCI subsidiary. The SBRA will exist autonomously within its parent organization. As such, the SBRA will also take on much of the responsibilities that RCI currently carries out.

That includes but isn’t limited to issuing guidance on rules for horse racing regulation which includes provisions for both building a regulatory framework from scratch to addressing pressing issues such as fraud and corruption in the sport.

A New Era of Regulation in Horse Racing Begins

In the second half of 2020, the US Congress took another action to help tackle illegal practices in horse racing by passing a bill creating the Horseracing Integrity and Safety Authority (HISA).

Its mission will be to make racing safer and to enforce mechanisms and standards guaranteeing the sport’s integrity and reputation. Once the ARCI has helped HISA position itself firmly on its legs, it will naturally take a step back allowing the new Authority to fully pursue its goals from July 1, 2022.

The majority of ARCI members are located in North America and the Caribbean, but its standards and best practices are followed globally. Australia is also regulating its sports betting at a federal and regional level and is becoming increasingly interested in the matter. The horse racing industry in Australia, for example, has nowadays become a large industry that provides permanent and temporary employment to roughly 250,000 people.