Last week during its plenary, the Financial Action Task Force (FATF) announced who it formally decided to appoint as its new president.

The FATF Announces Details Regarding Its New President

The Paris-based global money laundering and terrorist financing watchdog revealed that it decided to appoint T. Raja Kumar from Singapore as its new president. The FATF picks a new leader every two years. Marcus Pleyer was chosen to lead the FATF in July 2020. He will keep his position until July 1, 2022. Then, Mr. Kumar will take over the position as the watchdog’s next president. This marks the first time Singapore was chosen to lead the FATF. It was back in 1992 when the country joined the agency. Now, the watchdog’s new president will serve for a fixed two-year term.

The decision to appoint Kumar comes following a comprehensive process led by the watchdog’s current president in collaboration with FATF member countries. Multiple qualified candidates were considered during many consultations. As a result of the complex process, last week, the FATF Plenary announced its decision to select Kumar.

It’s no surprise that the FATF decided to select Kumar as its new president. In fact, between April 2008 and June 2011, he was leading Singapore’s Casino Regulatory Authority. Moreover, Kumar has spearheaded the country’s efforts against money laundering and terrorist financing.

Besides the Casino Regulatory Authority, he has been an active member of a steering group, providing key guidance to FATF’s president since July 2018. Kumar has been a part of Singapore’s delegation to the FATF as a head since January 2015. What is more, he is a senior international advisor at the Ministry of Home Affairs in the country.

The announcement comes at a time when only recently, the FATF released its latest report regarding jurisdictions that are under increased monitoring. The watchdog urged the Philippines to continue strengthening their anti-money laundering and counter terrorist financing efforts. With that in mind, the country has remained a part of FATF’s grey list.

In a recent statement, Singapore’s minister of home affairs and law, Mr. K. Shanmugam, congratulated Kumar for becoming the first Singaporean to lead the FATF. Moreover, he explained that Kumar has significant international experience. In conclusion, Shanmugam said that Kumar is a proven public sector leader that has operated in multi-cultural and multi-ethnic environments.

“Singapore strongly supports the outstanding work of the FATF in establishing and implementing global standards to combat money laundering and terrorism financing.”

Singapore’s minister of finance, Lawrence Wong, added that Kumar has been a long supporter of the FATF’s work. Moreover, Wong explained that Kumar has significant experience in the sector that will help him “effectively lead the FATF’s mission in the years ahead.” 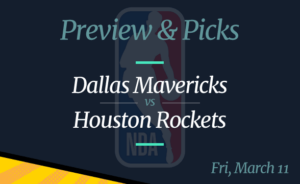