Qatar vs Ecuador is the 2022 World Cup opener. It might not be the most exciting matchup, but it’s the first game of the tournament, as well as the only World Cup game scheduled for Sunday, November 20.

This is going to be Qatar’s first World Cup game in history, but oddsmakers don’t see the hosts as the favorites. Instead, the odds are leaning (slightly) toward Ecuador. To see what we think is going to happen in the first game of the World Cup, just keep on reading.

The thing is that Qatar is one of the worst national teams in the world. All of their 2022 World Cup players play for the teams from their national league, the Qatar Stars League. If you haven’t heard of this competition, no one can blame you – it’s far from being an interesting league.

On the bright side for Qatar, the World Cup is played on their turf. With the help of their fans, they might be able to put on a decent performance, at least in the tournament opener. We, however, think that this is something that will depend only on how the Ecuadorians play on Sunday.

Ecuador Looks Like a Great Bet for the World Cup Opener

It’s really strange that bookies are giving +125 on Ecuador. We think the odds should be much shorter than that. Our reasoning? Ecuador’s roster is way superior to the one of Qatar.

Sure, there aren’t any superstars in Ecuador’s World Cup squad. However, this team seems like a good combination between experience and talent. The team captain is 33-year-old Enner Valencia, who’s currently playing for Fenerbahce.

Valencia, however, probably isn’t going to be Ecuador’s crucial player in Qatar. Instead, we think it’s going to be one of the three Brighton players – Moises Caicedo, Jeremy Sarmiento, or Pervis Estupinan.

We expect a lot from Caicedo, a 21-year-old midfield dynamo who’s playing fantastic soccer in 2022. He’s going to dominate the pitch on Sunday, ensuring that the ball stays in Ecuador’s possession for most of the game.

Ecuador will dominate the possession on Sunday, which makes us confident that Qatar will not score on Sunday. Add to this the fact that Gustavo Alfaro’s men haven’t conceded a single goal in their previous six games. That said, Ecuador to keep a clean sheet looks like a very good World Cup prop bet.

There’s one thing that worries us, though. Ecuador’s attackers don’t tend to score too many goals. In fact, they scored just six goals in 10 games they’ve played so far in 2022. Still, we do believe they can put (at least) one away against such a weak opponent as Qatar.

Picks: Ecuador to win; under 2.5 goals 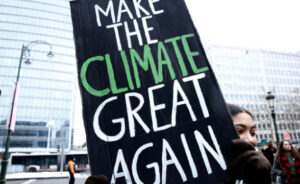 Sports November 15, 2022
Kindred Group Doubles Down on Its Environmental Commitment