Keeping a grudge for nearly half a century has got to be a lot of work, and Carter’s admittance is a clear sign that it has probably gone on long enough.

He was found to have left threatening voicemails and mailed white powder to the New York State Gaming Commission (NYSGC) over the course of a few years. His calls were reported to contain threatening and abusive language, with one of the calls containing references to a mass shooting in Vegas that had happened a year prior.

As for the white powder, Carter hasn’t sent anything truly toxic or hazardous, although his emails were treated that way. He has sent anything from sugar to talcum or chalk powder and was reportedly satisfied that his envelopes had wasted the time and effort to be considered as anything more than a practical prank.

Carter was leaving chilling voicemails and sending white powders to the NYSGC in Schenectady from 2017 to 2021. A Times Union report stated that Carter sent the last envelope containing white powder after investigators had already talked to him. The FBI Joint Terrorism Task Force, Schenectady police and the U.S. Postal Inspection Service were involved in the case.

His sentencing is scheduled for May 17, according to Times Union’s report, and the parties have a joint sentencing recommendation for time served and up to three years of supervised release. Carter was charged with conveying false information and hoaxes back in 2021 when he pleaded not guilty and was released with conditions.

But Why Do Any of It

Brent Carter, who is currently 73 years old, is actually well-known not for his actions against the NYSGC but is a respected professional poker player. He won two gold World Series of Poker bracelets – one in 1991, and one in 1994, with other notable showings. All of that has netted him winning more than $3 million during his 37-year career.

So, why even go up against the NYSGC? Well, it all started almost half a century ago, and Carter has been infected with his grudge ever since, seeking recompense. The situation that all of this was borne of happened all the way back in 1976. Carter was accused of cheating and had his horse racing license temporarily suspended.

Although he was informed repeatedly that his name was cleared and his license was reinstated, a bitter taste has lingered in Carter’s mouth for nearly five decades. It’s not clear what prompted the change for him to plead guilty, especially after saying the Commission was “evil” and that they were “criminals” but keeping a grudge for so long could not have been easy. 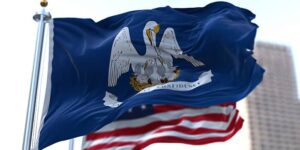 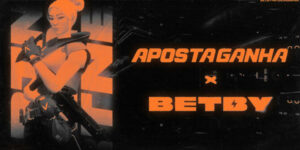