PointsBet, the leading sports betting operator, announced its launch into the regulated betting market in Louisiana.

On Thursday, the company announced its subsidiary, PointsBet Louisiana, successfully launched its online betting services in the state. The launch comes after the subsidiary received approval from the Louisiana Gaming Control Board, the government body tasked with regulating all gambling activities in the state.

Launching its services in the state marks the 12th US state where PointsBet’s online sportsbook operations are live. Previously, the leading operator launched its online sportsbook in key markets such as Pennsylvania, New York, Michigan and New Jersey. The operator is also live in Kansas, Colorado, Illinois, West Virginia, Virginia, Iowa and Indiana. What’s more, the launch in Louisiana is the fourth state launch completed under PointsBet’s deal with Penn National Gaming. The duo’s collaboration was initially announced in August 2019 but was consequently extended in March last year.

Johnny Aitken, the CEO of PointsBet USA, said that the company is excited to launch its services into the regulated online betting market in Louisiana. He acknowledged that this marks the company’s 12th US state entry. Aitken explained that Louisiana has a passionate sports community and one of the company’s brand ambassadors, Drew Brees, is already familiar with their devotion to sports. He pointed out that sports fans are particularly fond of their local teams that include NFL’s New Orleans Saints and NBA’s New Orleans Pelicans.

“I’m thrilled to build upon our momentum during football season and share that, as of today, PointsBet has officially launched its online sports betting product in the state of Louisiana!”

Celebrating its entry in Louisiana, the company followed its tradition with a Ringing of the Bell ceremony featuring Andrew Moreno, the senior director of regulatory operations as well as Heather Schiraldi Laferriere, the director of product marketing. Aitken said he is delighted to see the launch of PointsBet’s app for customers in the state. He thanked the company’s global team for the efforts which ultimately resulted in expanding the reach of PointsBet. In conclusion, Aitken said PointsBet is looking forward to delivering supreme service for sports fans in Louisiana via its leading sports betting products. 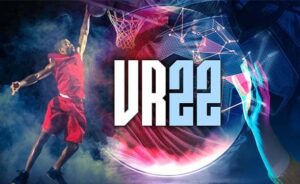 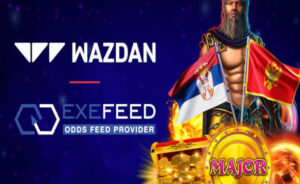 Business September 23, 2022
Wazdan Teams up with ExeFeed, Launches in Serbia and Montenegro