Global online sports betting and gaming operator PointsBet has made another step to enhance the level of engagement with sports fans through the appointment of Jeff Gamble as Vice President of Creative.

PointsBet hired former VP of Creative & Content for the Brooklyn Nets and Brooklyn Sports & Entertainment Jeff Gamble to bring more than two decades of leadership experience across creative and content teams in the sports and entertainment industry. Commenting on the new hire, PointsBet USA CEO Jeff Aitken outlined that PointsBet relies on its wholly owned technology, insightful ambassadors and partnerships with sports leagues, teams and organizations to offer fans the experience that will stand out from competitors and is behind the company’s success to date.

Bringing Jeff on board to help us continue telling that story and entertaining our customers is another significant milestone for PointsBet, and I can’t wait to see what he and the team create.”

As VP of Creative at PointsBet, Gamble will be expected to provide unique insights for sports fans and customers globally, created by the coordinated efforts of a team of designers, producers and ambassadors.

I’m incredibly excited to join PointsBet and be part of a leading company in one of the fastest growing industries on earth, reimagining how sports fans engage their favorite teams and leagues. PointsBet has built one of the most innovative products in sports betting and gathered some of the most talented people in the content development space, and I’m thrilled to join the team.”

Gamble, who began his career as a graphic designer for Madison Square Garden, was also responsible for the creative content behind several other projects during his time with the Nets, the launch of Barclays Center, the re-launch of Webster Hall and Nassau Coliseum and the creative development for the New York Islanders and New York Liberty.

His work for two of the properties of Madison Square Garden, the New York Knicks and Radio City Music Hall, was instrumental for his appointment as a creative director for the then-New Jersey Nets.

UKGC’s Competence and Effectiveness are Under Investigation by the ABBGG 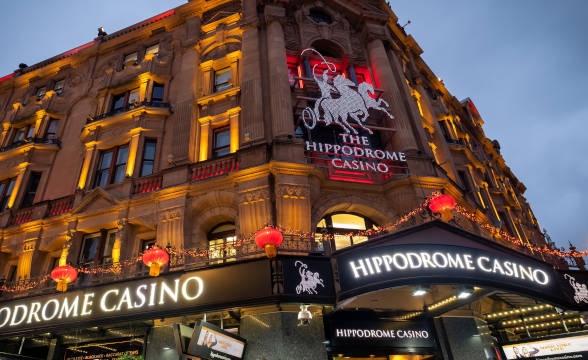 James “Jimmy” Thomas, the co-founder and president of the famous Hippodrome Casino in London passed away late last week. Jimmy Thomas Passed Away at 88 On the morning of Saturday, July 30, Thomas passed away in his sleep after a short illness at the London Clinic. Members of his close family were present. The famous […]