A 108-page report by PM Narendra Modi’s top officials proposes the creation of a national online gambling regulator in India. The regulator’s job will be to discern chance games from skill-based games and govern the sector.

Modi and his associates have been working on the regulations for months. Their report is set to shape India’s fast-growing online gaming sector and provide a clearer rule set on which games are legal.

Games of chance are banned in the majority of Indian states, while skill-based games are fully legal. However, distinguishing between the two is sometimes a tricky business and unclear local laws cause trouble to operators. For example, poker is considered to be a game of chance in one Indian state and is therefore illegal. Rummy and fantasy sports, on the other hand, are considered skill-based in certain states.

Modi and his panel believe that a new regulatory body is needed to clear the confusion and oversee the iGaming sector. The authority will work under India’s IT ministry and will decide which games fall under the skill-based category. In addition, the regulator will be allowed to take action against illegal games and even ban offshore operators. The regulator will only be responsible for skill-based games, while states will continue independently deciding what to do about games of chance.

India’s mobile gaming market will earn around $1.5 billion this year, according to forecasts. Experts believe that this will skyrocket to $5 billion in 2025. This projected growth makes streamlining gambling regulation a top priority.

Another priority is to protect customers from harm amid the explosive growth of the online gaming market. While the report noted the federal government might soon classify chance-based games as gambling, states will still have the last call when it comes to allowing or banning such gambling content.

Presently, India’s government struggles to deal with the black market and implement adequate defenses against it. This makes it very difficult to inhibit harmful gambling content and protect Indian players. Modi and his team argue that a universal team that governs the skill-based sector will help the country combat unlicensed offerings. Modi’s panel is yet to finalize the report. A full version will be published at a later date.

India’s current gambling market leaves a lot to be desired. Right now, customers aren’t well-protected and, as a result, many become addicted to gambling. A recent spate of suicides shows that better customer protections are a must. 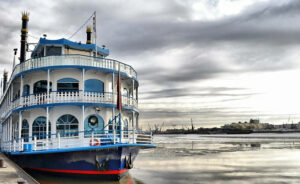