Playtech, one of the best gambling tech companies in the world, has struck a new content agreement with BetVictor, a leading European iGaming operator. The deal will see BetVictor roll out some of Playtech’s critically-acclaimed games in Britain.

Per the agreement, Playtech will power BetVictor with Playtech Casino and Live Casino content. The new games and solutions will launch with all of BetVictor Group’s brands, namely BetVictor, Parimatch, Heart Bingo and talkSPORT BET.

As announced by Playtech, BetVictor will receive a rich suite of iGaming titles and many messaging and promotional solutions. This will also include special tables for the upcoming World Cup 2022 that customers can use to improve their sports betting experience.

The new deal was originally inked on October 24 and is the inaugural UK-centered partnership between Playtech and BetVictor. In addition, the agreement has great potential to expand, providing Playtech with extra coverage in some of BetVictor’s other markets. The iGaming operator is currently eyeing launches in markets such as Germany and Ontario.

Speaking of BetVictor, the operator’s brands currently offer more than 3,000 games. The addition of Playtech titles will further diversify the company’s content offering, helping it engage even more gaming enthusiasts.

The Companies Are Already Suggesting a Possible Deal Expansion

Playtech’s vice president of commercial, George Voyatzis, spoke about the new agreement. He shared that his team is “proud and excited” by the opportunity to work with BetVictor, which he lauded as one of the top gambling companies. The VP added that the current agreement is very important to Playtech as it would allow the supplier’s content to reach more people across the key UK market.

Vital to Playtech’s success is our ability to build and sustain partnerships with fellow industry leaders, so we’re delighted to be working with BetVictor, whose strong values very much align with our own.

Meanwhile, Turlough Lally, BetVictor’s director of e-Gaming, said that Playtech is a “long-standing key partner in the industry.” Because of that, Lally is delighted to join forces with the supplier and embark on a new partnership.

Through the partnership, we will expand our Casino and Live content offering and product range to our dedicated players across the UK.

Lally concluded that BetVictor hopes to eventually expand this partnership and explore more regulated jurisdictions alongside Playtech. The companies are looking forward to delivering more exciting and innovative content to their customers all over the world. 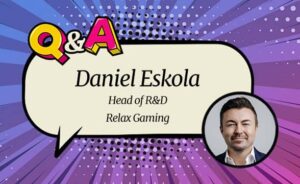 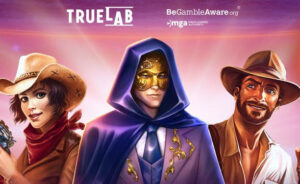