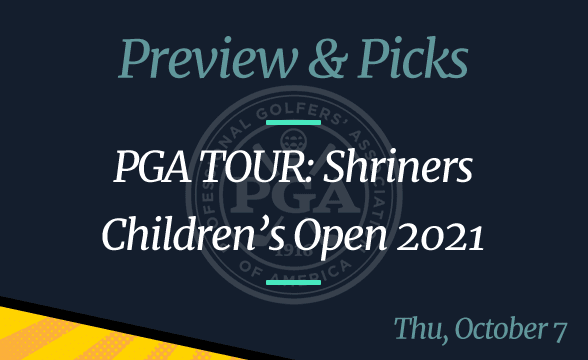 The PGA Tour 2021 Shriners Children’s Open is set to return on Thursday, October 7 with the event reuniting another top-crop of golfers. Brooks Koepka and Scottie Scheffer are coming in to face off with quite a few talented European golfers, name Viktor Hovland and Ian Poulter.

In the meantime, some players will have to skip the event altogether with Bryson DeChambeau and Collin Morikawa confirming that they are out for this one. The event seems to always come down to the last two strokes and history is there to back this up.

There has been no definitive winner of the Shriners Children’s Open in the last 38 years, which is for how long the competition has been around, with winners usually decided at the very last moment.

Where and When Is Shriners Children’s Open

The Shriner’s Children’s Open will be played out of the Summerlin Golf Course in Las Vegas, Nevada. The tee times start at 9:40 am ET and the event will be available on Golf Channel as usual.

What to Expect from the Shriners Children’s Open in 2021?

Evidently, we have Brooks Koepka (+1600) in the lead and that is understandable. Koepka is the most experienced player in the field, even though his most recent performance has slumped a little. Regardless, oddsmakers see him as a good and potentially winning player to enter Summerlin on Thursday. He would not be the only one to watch out for.

Abraham Ancer is making a compelling argument to back him up as well. Posted at (+1600) he is currently neck-and-neck with Koepka for the first title. Why are oddsmakers so confident about Ancer? Well, he has run a strong 2020/21 season posting three top-10 finishers, which is not bad.

He also managed to win the WGC FedEx St. Jude Invitational. He has been 12th in scoring average and he has participated in the Shriners Children’s Open three-time, finishing fourth and T-4.

A player whom you won’t see listed at the top is Cameron Tringale. He is posted at (+3500) and has had a good start to the season so far. He placed T-22 in the Fortinet Championship and T-11 at the Sanderson Farms. While this may be a little far from the first spot, it’s definitely not too bad.

He has shown promise in both strokes gained as well as putting. With a bit of luck and focus, Tringale can prove a very good value for the odds he is given. Picking an outright winner here will be tricky as Koepka and Ancer are locked for the first spot. Then again, you ought to watch out for the periphery with both Simpson and Oosthuizen making a claim for the title. If pressed

Ministry of Finance of Poland to Raise Sports Betting Tax

Poland is a place where gambling exists, but it’s kept under close supervision from the central government. Now, the Ministry of Finance wants to see more things done about the taxation of sports betting in the country, which will most likely lead to an increase in the tax base. Lawmakers insist that the tax amounts […]