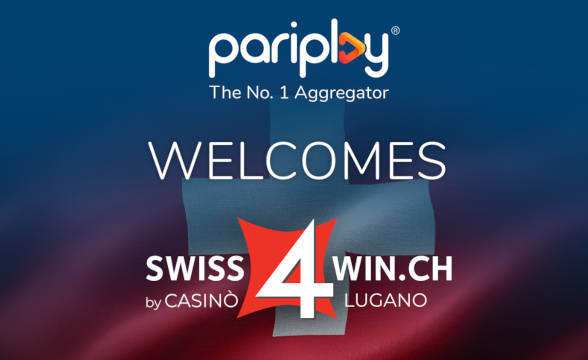 Pariplay, a NeoGames subsidiary, has announced a newly minted content partnership with Swiss4Win.ch in Switzerland. Pariplay, which delivers in-house and third-party content products, will expand its own reach in the country while doubling down on assisting Casinò Lugano in defining its online gaming presence.

Swiss4Win.ch Gets Another Esteemed Developer

Thanks to this partnership Casinò Lugano’s Swiss4Win.ch will significantly expand on its offer of available gaming products, partly boosted by Wizard Games, Pariplay’s studio, and the Fusion platform that aggregates iGaming titles. Some of the games that will now be available include the Phoenix Kingdom, Amazing Riches, and Fisherman’s Bounty.

The Pariplay’s Fusion platform packs a powerful iGaming punch with 13,000 games now available through the platform through dozens of the industry’s leading developers. The platform also comes with a comprehensive back-office suite that helps with conversions, and retention, and further enhances player value.

Commenting on this partnership, Pariplay VP of Sales Andrew Maclean said that this marked an important opportunity for Pariplay in Switzerland where it’s launching its dedicated studio and partner games. He added:

We look forward to continuing to serve players with a large amount of new content from Wizard Games’ certified Swiss portfolio. This agreement represents another significant step in our growth journey.

Casinò Lugano SA CEO and board member Paolo Sanvido welcomed this opportunity, arguing that the company was always on the lookout to provide players with worthwhile iGaming experiences.

“Pariplay has been creating a major industry buzz for some time now and bringing on board their content serves to significantly strengthen our product portfolio,” Paolo Sanvido. Swiss4Win has already signed a partnership with Wazdan to boost its content offering earlier in August.