As a response to Russia’s continuous attacks on Ukraine that were initiated at the end of February, Parimatch Tech decided to double its initial donation of UAH 30 million ($1 million) and further increase its support for the country that is severely torn by the war. The company that has offices in Kyiv has announced it would increase its donations to UAH 60 million ($2 million).

The provider has remained in the country and its staff’s presence has been a valuable one. Parimatch has announced its workers would continue to get actively involved in a number of important activities as volunteers. Among them, buying medicines, food, and goods, cooking and delivering warm meals and drugs in kitchens running non-stop, and anything else needed to support the safe evacuation of as many civilians as possible.

The provider also oversees a number of warehouses in Dnipro and Kyiv with volunteers coordinating the humanitarian support. At the same time, Parimatch has donated most of its office equipment to the defense forces in the country, with special emphasis on modems, laptops, printers, monitors, or network equipment.

Volunteers are allowed to use the company’s branded Tesla vehicles to deliver the goods and also to evacuate the people of Kyiv from the direct war zone. Parimatch has also donated its branded products, including socks, hoodies, power banks, food boxes, and thermoses to the defense forces on the ground. Some employees even joined the armed, cyber, or territorial defense forces of Ukraine.

The company still has UAH 18 million ($610,000) to spend on more humanitarian aid as well as on the immediate needs of Ukraine’s defenders, including drones, helmets, binoculars, or night vision devices.

Parimatch Did Not Shut Down Its Offices in Ukraine

As an additional gesture of support, the company chose not to shut down any of its offices in the country. The company’s chief talent officer Tatiana Davydova added that not only did the company not withdraw any of its offices but that it even encouraged some of its staff members who wanted to terminate their contracts to stay with them while continuing to receive their normal salaries.

So far, Parimatch has managed to pay all workers in full, while also giving support to employees in need of emergency financial aid. The company has chosen to suspend the rest of the projects running through its non-profit Parimatch Foundation and exclusively support the victims of the war in Ukraine. Accordingly, the foundation launched a fundraiser, after announcing its withdrawal from Russia at the beginning of March.

Parimatch Tech’s brand in Russia was operated by Betring LLC according to the agreement signed in 2016. The company finished sending all the necessary documents demanding Betring to immediately stop operating its brand on Russian territory. 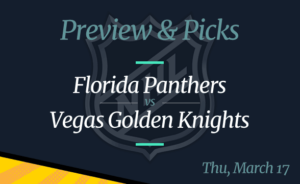