Conajzar, Paraguay’s gambling authority, recently announced the result of its tender for a national sports betting franchise. Daruma Sam, the country’s only current sportsbook, came out victorious, but the result sparked harsh criticism from the other participants. Several parties accused the regulator of purposefully modifying the tender requirements to favor Daruma Sam, making the process a mere formality.

Industry insiders feared that the tender conditions would unfairly favor Daruma Sam. The operator currently holds an undisputed monopoly over the Paraguayan sports betting market, and accusations of corruption quickly arose. Many pointed out that the regulator couldn’t guarantee that the winner would triumph on merits alone, and Conajzar’s lack of transparency did nothing to alleviate concerns.

Daruma Sam’s official victory and the rising controversy regarding the regulator’s choice indicate that the accusations towards Conajzar may not have been entirely unfounded. Six companies initially intended to compete in the tender, but only three submitted an official bid. However, the race was thoroughly one-sided. The other two competitors quickly got disqualified for lacking “legal and financial capacity and experience.” On the other hand, Daruma Sam fulfilled 100% of the requirements.

Discontent quickly followed as competitors pointed out a clause in the tender specifying that the winner would have to be a national company with prior industry experience. This clause could easily be interpreted to exclude everyone but Daruma Sam.

Conajzar Stood by Its Decision

The consortium of B-Gaming Paraguay and Gambling SA, one of the two unsuccessful competitors, has threatened legal action due to the ambiguous justification for their disqualification. They were adamant that they met all legal and financial criteria and accused Conajzar of an unsatisfactory explanation regarding the rejection.

The Paraguayan regulator stood by its decision, adding that the consortium had failed to meet compliance demands but did not elaborate on exactly which demands these were. Conajzar stood by their judgment, lauding the current winner for their perfect score.

“Daruma complies with all the requirements… in the Bidding Terms and Conditions. The data presented is viable, both for the bidder and for the Paraguayan State.”

With its victory, Daruma Sam secures another five years of dominance over Paraguay’s gambling scene. The controversial decision and the lack of transparency only exacerbate the unhealthy gambling climate in the country as authorities struggle to combat corruption and money laundering, and the official regulator fails to enforce already lax regulations.

Previous Article
Industry November 30, 2022
US Integrity and Pac-12 Conference Hit the Refresh Button on the 2018 Partnership 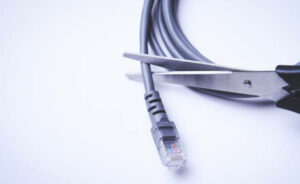 Industry November 30, 2022
AGA Worried with the Size of Illegal Betting and Gaming Market