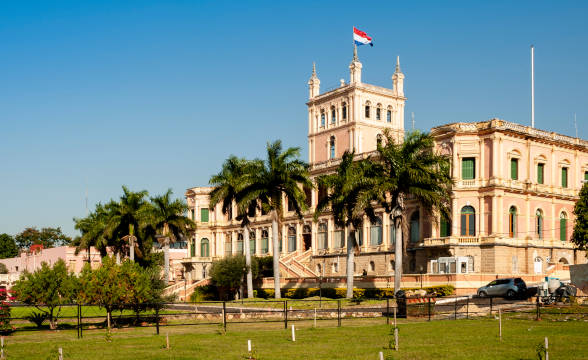 On April 20, Wednesday, Mario Abdo Benítez, President of the Republic of Paraguay, enacted Law-6903 ‘Ley de Tragamonedas’, which prohibits the installation and operation of slot machines in all non-exclusive gambling places, including bars, shops, and warehouses, among others.

The said law aims to restrict the access of children and adolescents and to protect them from gambling-related risks and damages to their physical and mental health. The new regulation will go into effect 90 days after its adoption and has to be implemented as a federal order throughout all the provinces in Paraguay. In case of violations of the new law, the business could be fined on a municipal level or even closed.

If a business wants to install a slot machine in its premises, it has to submit an application for a permit before the respective municipality and has to confirm that only people over 18 years of age would attend the place.

In this way, a contract signed between the Paraguayan National Gambling Commission (Conajzar) and iCrop SA, a private company engaged in the provision of slot and games machine management and distribution, would be invalid.

Earlier, Conajzar had launched a new plan by approving Resolution No. 34/2020, which authorized a new mode of exploitation of slot machines. For this plan, Conajzar aimed to delegate its powers regarding the slot machines to iCrop SA, whose shareholders are Lucy Sy, a Taiwanese national, and Lilian Beatriz Vera de Qiu, and signed a contract with the private company for the legalization of the usage of slot machines in any business in the country.

The Office of the Controller-General of the Republic (CGR), the National Anti-Corruption Secretariat and the (Senac) and the Paraguayan Intermunicipal Cooperation Organization (OPACI) questioned the direct contract signed by Conajzar and iCrop SA. Several former and current members of Conajzar, who launched the plan in question, are subject to litigation proceedings.

By adopting the ‘Ley de Tragamonedas’, Abdo Benítez confirms Law 1016/97 of the Gambling Law as well as Decree 3083/15, which aims to protect children and adolescents from developing gambling addictions.

Last week, María Galván, acting president of Conajzar, commented that after having received the adopted law from Abdo Benítez, the commission raised several objections. However, all slot machines, which are located in public places, such as bars, wine shops, pantries, pharmacies, markets, and other non-exclusive gambling places, have to be destroyed, as per the new regulation.