The Philippine Amusement and Gaming Corporation (PAGCOR) performed a U-turn on its official position with regard to the takeover of Okada Manila by a group close to Kazuo Okada just a day after it was adamant to launch an investigation into the matter.

Following the news of the takeover of Okada Manila integrated casino resort on Tuesday, PAGCOR President Alfredo Lim stated he was “shocked to read there was violence and intimidation,” while the regulator was preparing to meet Wednesday to discuss its official position on the incident, and how to investigate it without disrupting the operations of the resort.

After the meeting Wednesday, however, PAGCOR changed its official position, stating that its only concern was to ensure Okada Manila operations continue following the physical takeover of the property by the group around Okada. Lim even described the takeover as a “smooth” transition of power.

“Our only concern in this corporate squabble between contending stockholders is that the operation is not disturbed.”

Investigating further why PAGCOR had a change of heart, the media outlet Inside Asia Gaming (IAG) received information from unnamed sources at Okada Manila that all Japanese staff at the property was suspended by Okada with no pay for May.

IAG also claimed without stating the sources of the information that all board members of Tiger Resort, Leisure and Entertainment Inc. (TRLEI), the company operating Okada Manila, had their company phones cut off, while key departments of the resort such as IT, HR and Finance, are being physically guarded by security personnel stationed at their entries, and certain members of staff, including Okada Manila former head of security, are still to be walked out of the property.

PAGCOR Officers Witnessed There Was No Violence

The camp around the former director of Universal Entertainment Corp, the Japanese parent behind TRLEI, also issued a statement related to the events at the integrated casino resort, denying any reports of violence and even stating that representatives of PAGCOR were present during the takeover on Tuesday.

“Contrary to news reports, there is no truth to the allegation that representatives of Kazuo Okada, made up of ’50 goons’ conducted a ‘violent’ and ‘illegal’ takeover on 31 May 2022,” the statement from the group led by Okada read, outlining that “Mr Okada’s representatives included members of the Philippine National Police, four Sheriffs and was witnessed by representatives of PAGCOR.”

Universal Entertainment Corp issued Wednesday an official response to the physical takeover of Okada Manila, labeling it illegal and threatening to file criminal charges against everyone involved. 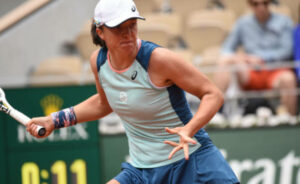