Irish bookmaker Paddy Power showed its support for the international soccer team of Wales, engaging with former internationals Cliff Jones and Tery Medwin and with the help of over 1,000 sheep.

The two surviving members of the last Wales squad to reach the World Cup participated in a message orchestrated at Gower Salt Marsch Farm outside Swansea with the help of 1,200 sheep, which were used to send the message that “SHEEP>LIONS” ahead of the tomorrow’s Group B World Cup clash between Wales and England.

The 1,248 square meter sign made of up to 160 sheep per letter displaying the warning message sets a Guinness World Record for the largest ever sheep formation, according to the bookmaker.

A spokesman for the bookmaker brand owned by Flutter Entertainment commented that the message is aimed to encourage the players of Wales who are about to face their cup final.

“As an Irish brand, we know all about being underdogs at the World Cup,” the spokesman said, noting that, unlike Ireland, Wales has”made it to this tournament, and now, on the other side of the world, they face England.”

The Red Dragons currently sit bottom of the group with just one point gained from the 1-1 draw with the USA after it was followed by a stunning 2-0 loss against Iran in a match that was decided by two goals in the added time at the end of the second half.

“This is their cup final,” the spokesman added, arguing that “they haven’t waited 64 years and traveled all that way to be troubled by a neighbor from back home.”

England on Wales’ Path to Progression

Tomorrow’s game will also need some of Gareth Bale’s magic as Wales needs a win to retain its hopes of progressing to the knockout stages of the tournament.

“We wanted to send a message of support from sheep pen to Rob Page, and warn Southgate: Wales are coming to get ewe – and they plan on showing what they’re made of – courage, fearlessness…and 76.3% wool,” the spokesman added.

Former Wales and Tottenham Hotspur player Jones commented that for the Welsh, “there is no greater feeling than beating the English, no matter the sport,” as it is so ingrained in the Welsh culture that “even the sheep know it.”

“This giant message of support from our treasured sheep population will inspire the boys out in Qatar even more,” Jones concluded.

The sheep formation message by Paddy Power is the latest World Cup initiative of the bookmaker which earlier in the month teamed with former English international Peter Crouch to release a festive charity album ahead of the tournament. 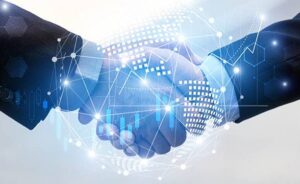 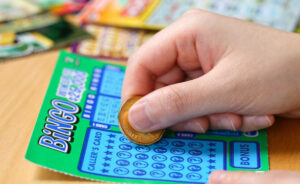