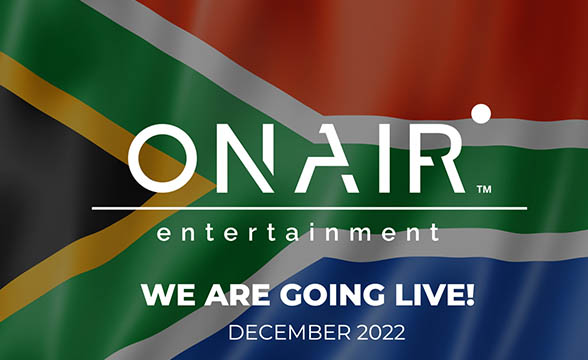 OnAir Entertainment, one of the gaming industry’s finest providers of live casino content, is preparing for launch in South Africa. The company plans to launch in the region by December and supply local operators with its premium content and solutions.

OnAir’s decision to launch in South Africa comes amid increased demand for casino games and solutions. The provider hopes that this will help it quickly find its way around and establish strong Africa-centered partnerships with local operators.

The supplier has already planned partnerships with major brands in the region and will power them with exclusive live casino content, including games such as Standard Roulette, Auto Roulette, Speed Roulette, Standard Blackjack, Eclipse Blackjack and Lotus Speed Baccarat. OnAir will also provide operators with cutting-edge solutions that are tailored to their needs.

OnAir has already secured approval for its products and is in possession of a Certificate of Suitability, issued by the Western Cape regulator. South Africa will mark the tenth market the supplier has launched in the last 12 months. The provider currently holds licenses to operate in many key European markets, such as the United Kingdom, the Isle of Man, the Netherlands and the regions under the influence of Malta’s Gaming Authority. OnAir also has a presence in Sweden, Denmark and Latvia, as well as an overseas footprint in Canada’s province of Ontario.

Simon Field, the chief commercial officer of OnAir Entertainment, spoke about the upcoming launch in South Africa. He praised the market for its recent growth and noted that OnAir’s content is well-suited for “such a dynamic region.” Field is excited to bring the company’s content to African audiences and is looking forward to the launch.

Filed used the opportunity to thank his coworkers who have helped OnAir cement itself as a leading supplier.

My thanks go to the dedication and hard work of the OnAir EntertainmentTM team, who are about to deliver our high-quality products to yet another rapidly growing market and where we are about to witness another incredible result.

Within the last few months, OnAir made forays into many notable regions. This includes the recent launch of a suite of tailored table environments for Denmark and the Netherlands and the coming launch of new studios in Romania, Georgia, and Spain in 2023.

A week ago, OnAir published its plans for significant future growth. The company plans to double down on its efforts in the US and launch a new nationwide studio. 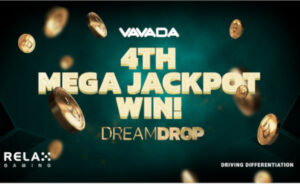