Oklahoma is traditionally a GOP bastion. The past 20 years have always been won by the Republican Party with around 60% of the votes, and while the Sooner State has a good democratic bastion too, it has hardly been enough to tip the scales in favor of the Democratic Party. This may be finally changing as an unlikely contender has offered its endorsement behind Joy Hofmeister, the Democratic hopeful who will run for Gov. Kevin Stitt’s job in a few weeks.

Tribal Nations Shake Off Political Slumber to Endorse a Candidate

This is the first time the tribes have openly thrown their hat in the political ring and it’s even more bizarre to watch them root for a candidate who is trying to displace a Cherokee citizen, the incumbent. But the tribes have a very good reason to emerge from their apolitical slumber, or in the very least – discreet rapport with state politics.

During his stint, Stitt managed to ruffle quite a few feathers insofar as tribal matters are concerned. For starters, Stitt attempted to single-handedly negotiate tribal compacts which relate to gambling, which threatened to leave the tribes without their control of the industry in exchange for hefty remittances back to the state’s coffers, all generated from gambling.

Oklahoma’s tribal nations and Stitt have butted heads over the issue for a long time. Then, when things seemed to quiet down, Stitt attempted to overturn a US Supreme Court decision that granted tribal sovereignty. And, to top it all off, Stitt then terminated hunting and fishing compacts between the state and tribes. All of these little insults built up to a tipping point with tribal nations now openly endorsing Stitt’s rival.

Muscogee Nation principal chief David Hill has spared Stitt no criticism, arguing that any governor that attempted dominion of tribes is detrimental to the State of Oklahoma. Stitt has fiercely clapped back at accusations that he has been targeting the tribes as part of a personal vendetta. The governor repeatedly said that he wasn’t anti-Indian, but rather pro-Oklahoman and that any piece of legislation he proposed was to the benefit of the state rather than to the detriment of the tribal nations.

The gambling compacts that Stitt tried to establish with some willing tribal nations, to wit with Kialegee Tribal Town and the United Keetoowah Band of Cherokee Indians, were also struck down by the Oklahoma Supreme Court in 2021. Overall, Stitt and the tribes are at each other’s throats. With 10% of Oklahoma is represented by Native Americans, the race ahead will be more contested than is usually expected from the Sooner State. Whether the tribes’ support will muster sufficient votes to reverse a historic voting trend still seems unlikely. 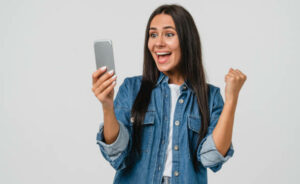 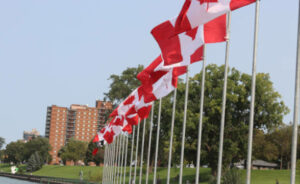