NorthStar Gaming, a Canadian casino and sports betting operator, has proceeded with its reverse takeover of Baden Resources, a mineral exploration company focused on the acquisition, exploration and development of mineral properties in Canada and the USA.

NorthStar Gaming to Be Acquired by Baden Resources

The operator announced its intention of undergoing a reverse takeover with Baden Resources last month. The former has now proceeded with the agreement by inking a business combination deal with its target company. This will result in what is known as a “three-cornered amalgamation.”

NorthStar’s strategy is to merge with one of Baden Resources’ subsidiaries. As a result, the merged company will become one of Baden’s wholly-owned subsidiaries. Prior to this move, NorthStar Gaming will split its shares and subsequently exchange them for the same number of Baden Resources shares. When this move is through, the resulting company will take responsibility for NorthStar’s business.

There are certain prerequisites for the success of this deal. First of all, those include the completion of satisfactory due diligence by the two companies. The conditions also include the receipt of any required regulatory approvals, as well as the completion of the concurrent offering. In addition, Baden Resources will have to exit the Canadian Stock Exchange. Lastly, the newly-formed company must successfully secure conditional approval to list on the Toronto Venture Exchange.

The deal is also subject to approval by Baden Resources’ shareholders. Because of that, the company will hold a meeting to discuss the agreements and all the documents needed for the scheme. Notably, this includes an amendment to Baden’s authorized share structure to include preferred shares.

NorthStar Gaming is the company behind NorthStar Bets, an online casino and sportsbook operator tailored to the needs of Ontarian bettors. It not only offers a localized gaming experience but also captures fans’ hearts with promotional content, in-depth analyses and sports insights. NorthStar even hired the legendary Canadian broadcaster Rod Black as a host and brand ambassador to show that it cares about delivering a supreme gaming experience.

NorthStar Bets’ creation came ahead of the historical legalization of iGaming in Ontario, one of Canada’s biggest provinces. The brand recently launched in the province’s fresh online gambling market thanks to an agreement with Playtech.

Ontario’s iGaming market launched on April 4, welcoming numerous gambling operators and B2B companies to the country. The province quickly established itself as one of the most coveted markets by gambling firms. 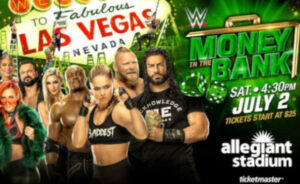 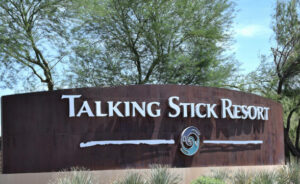