Senate Bill 688 Was Passed by the State House Last Summer

Senate Bill 688 was passed in North Carolina’s House last August after 26 members voted in favor and 19 voted against. This bill allows betting on collegiate and professional sports, and amateur sports, but it also gives the green light to online betting.

According to proponents, it can bring in between $25 million and $50 million – this money would be used for school construction. However, the bill does have a few restrictions. For starters, youth and school sports betting will be banned, as well as wagering on penalties, disciplinary proceeding outcomes and injuries.

Moreover, SB 688 will result in the expansion of N.C. Education Lottery Commission’s activities as the regulator will oversee sports betting and 10 to 12 operators will be licensed and will have the green light to accept bets.

Sportsbook licenses will be handed out to operators such as BetMGM and DraftKings, but tribal casinos will also have the green light to operate online sportsbooks of their own.

Governor Ray Cooper expressed his support for SB 688 and stated that should the bill come to his desk, he will sign it without any hesitation. Back in February, Cooper shared a few words on the industry as a whole and stated that whether North Carolina residents like it or not, sports betting is more than present.

He added that the main issue at hand is whether North Carolina will be brave enough to jump into the trend and reap the benefits, one of which is more employment. Cooper stated that it is time for North Carolina to stand and not let the industry be legalized all around it.

Rep. Jason Saine spoke to Sports Handle recently and expressed his optimism. He noted that when it comes to voting on the bill, it won’t be “a close vote.” Polls suggest that North Carolina residents are also in favor of the sports betting bill. WRAL News conducted a poll which found that 52% of the residents support the legalization of online sports betting.

Previous Article
Sports May 10, 2022
Belgium to Ban Nearly All Forms of Gambling Advertisement 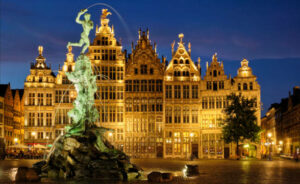 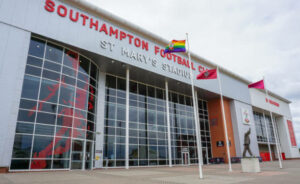