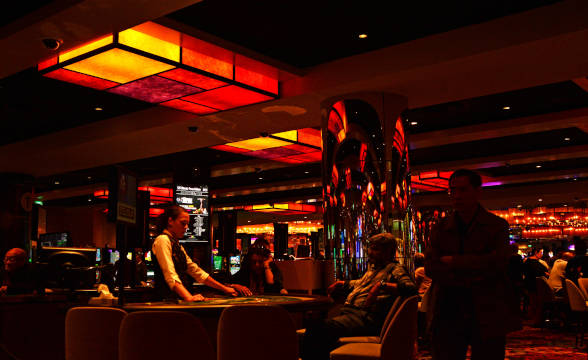 Amid a serious shortage of casino employees in the US, operators have started a massive hiring wave across the country. Competition for fresh staff is fierce, especially in the context of casinos still trying to recover from the door-shutting restrictions that kept patrons away and forced serious staff cuts during the pandemic. The gambling industry is not alone in its struggle to hire new employees, with tourism operators, restaurants, and hotels dealing with similar labor problems.

The American Gaming Association’s senior vice president Casey Clark presented data from a survey on labor shortage in the US. The survey found the lack of sufficient employees to be a primary issue throughout the country, with “competition for talent” turning into a “huge impediment” that is stopping development for operators. The ever-expanding gaming industry and the simultaneous customer demand growth add even more to the problem.

Operators are forced to look for innovative solutions. Some of them are considering using virtual reality goggles at job fairs to allow applicants to take a closer look at what to expect behind the tables. This is the case of MGM Resorts International which has already made use of this strategy to recruit new applicants.

Casinos in Atlantic City are also considering working together with government agencies in the state to fund new transit solutions such as shuttle buses for potential casino employees from other states or farther-out locations. Hard Rock Casino’s president Joe Lupo who also leads New Jersey’s Casino Association estimated 2,000 casino job openings available in the city at the moment. The workforce in the city has gone down to 22,000 today, 49,000 almost two decades ago.

Tens of Thousands of Casino Jobs Are Unfilled

In Clark County alone, data from a development representative speaks about over 40,000 available jobs that have remained unfilled since the official reopening of casino doors for patrons. Caesars Entertainment alone was eager to hire 500 people during a job fair in February. Las Vegas is also hosting a job fair were approximately 6,000 attendees are expected to show up and look into the 13,000 jobs offered by 105 casinos and other employees.

Atlantic City’s Ocean Casino also acknowledged its constant need for new staff, while mentioning that its hourly wage has gone up from $14 an hour in 2021 to $17 at the moment in some departments, as a way of stimulating new employees to come and join them.

The casino initiated an in-house program that would train interested candidates to become casino dealers. In March, the Eastern Band of Cherokee Indians located in North Carolina was looking for 900 extra workers for its two locations, while considering recruiting workers from foreign countries and providing them with dormitory housing.

Racetrack casinos in West Virginia are also dealing with a serious shortage of workers that is stopping them from operating at full speed for a third consecutive year. According to MGM Resorts’ vice president Wanda Gispert, casino jobs are available for everyone, whether first-time job seekers with zero experience in the field, individuals looking to switch careers, retirees looking to go back to work, or people who have recently moved into the area and are in need of a new job.

The American Gaming Association reported January and February as the most lucrative two months for commercial casinos in the country since the start of the pandemic.