The National Hockey League is once again resolving to a measure that it has been ardently trying to avoid. Starting today, the NHL is launching a leaguewide shutdown due to spike I COVID-19 cases among players. So far, 10 out of the league’s 32 franchises have been impacted, forcing their facilities to shut down and their competitive schedules on pause.

This has translated into significant difficulties for running day-to-day operations on a league level. Some 49 games have been postponed already this season with the majority of them over the last few weeks.

The league is extending its national break by two days to respond to the new challenges of running in-person games with teams now off through Saturday. This means that the games that were originally scheduled for Thursday will now be postponed as the decision is taking effect, coordinated with the NHL Players’ Association. Originally, the national break was supposed to take place on Friday and Saturday.

Following the brief holiday, teams will be asked to report for testing on Sunday and then the league will make decisions whether it can continue with its schedule as planned. All of these measures are enacted in a bid to avoid prolonging the shutdown beyond the national holiday, albeit the spread of the COVID-19 virus at this level suggests that the NHL may be late to control events from this point.

Most of the NHL’s games that were postponed were in the past two weeks with a total of 44 games put on hold because of the resurgence of new COVID variants in North America. Meanwhile, 15% of the league’s player base is in virus protocol, the Associated Press reported. This has diminished the chances of the US national team participating in the Winter Olympic Games this year, the media argues.

The league has been prompted to take a harder stance on the spread of the new variants because of the lack of significant scientific data that establishes the rate of transmission and severity of the new strains. Booster shots are recommended as a way to protect from the new strains, although current data suggests that an adult who has completed two courses of vaccination should be able to avoid severe illness or death. 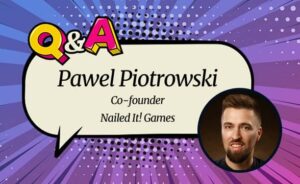 Sports December 22, 2021
Nailed It! Games’ Pawel Piotrowski: “Every Beginning Is Challenging, But We Are Aiming to Create iGaming Hits”