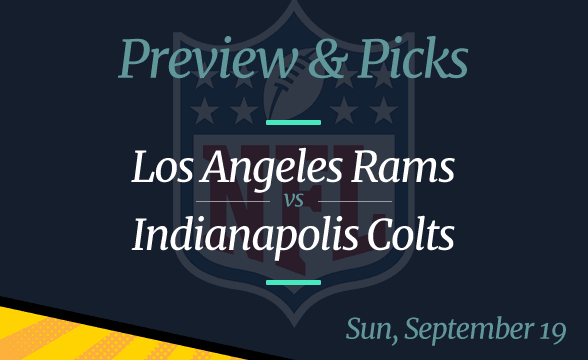 Despite undergoing foot surgery in August, Carson Wentz was able to return in time to make his Indianapolis Colts debut in Week 1. His new team did end up losing to the Seattle Seahawks, but the quarterback had a pretty decent game.

The new LA Rams quarterback also had an impressive start to the new chapter of his career. In his debut, Matthew Stafford helped his team win 34-14 by passing for three touchdowns.

The Colts Offense Looks Good, Defense Not So Much

In Week 1, the Colts lost to the Seahawks 28-16, with Carson Wentz making two touchdown passes, both to wide receiver Zach Pascal. Wentz went 25-38 for 251 yards in that game.

Not too bad for a debut game, but that’s nothing compared to what the Seahawks QB did. Russell Wilson absolutely demolished the Colts’ defense, going 18-for-23 for 254 yards and four touchdowns.

Sure, it’s Wilson we’re talking about here, but the Colts defense team needs to take responsibility. Even when playing against one of the best quarterbacks in the league, they’re expected to do better.

What’s even more worrying is that, in Week 2, they’re taking on another team with an elite quarterback.

The Rams Look Stronger Than They’ve Ever Been

With players like Jalen Ramsey and Aaron Donald, the Rams defense might be the very best in the league. In Week 1, they conceded a total of 14 points, which happened thanks to Chicago’s rushing efforts. The Rams defense didn’t stop the Bears’ RBs from scoring, but they did prevent their QB from doing much.

It’s no surprise the Rams did well defensively, as that’s been this team’s strongest point for several seasons now. In fact, in 2020, the Rams were the team that conceded the least number of points in the entire NFL (296 in 16 games). Last season, however, they didn’t do too great when the offense is concerned. They scored 372 points in the regular season, which made their offense the 11th-worst in the league.

The same probably isn’t going to be the case in the 2021 season. The reason is that the Rams now have a fantastic signal-caller on the roster. Matt Stafford is the man in question, a veteran who has been in the NFL since 2009.

Unfortunately for Stafford, he played for the Detroit Lions, with teammates who just weren’t good enough to provide him the support he deserves. As a result, Stafford played in the postseason only three times in his 12 seasons with the Lions.

This year, it’s probably going to be different. He now has much better players in the offensive line to protect him, as well as much better targets to pass the ball to.

In Week 1, we saw him making three touchdown passes and something similar should happen in Week 2, as well.

Pick: The Rams to win and cover the spread, with a strong possibility that the Under hits.

Stanley Mallin, the Creator of Caesars Palace, Dies at the Age of 98

AGA: Gaming CEOs Are “Cautiously Optimistic” about the Future

The American Gaming Association (AGA), the United States gaming industry association, teamed up with the leading market analyst Fitch Ratings to release a new edition of its Gaming Industry Outlook. In the latest edition, AGA said that most of the executives within the sector are optimistic about the industry’s future. What CEOs Think about the […]