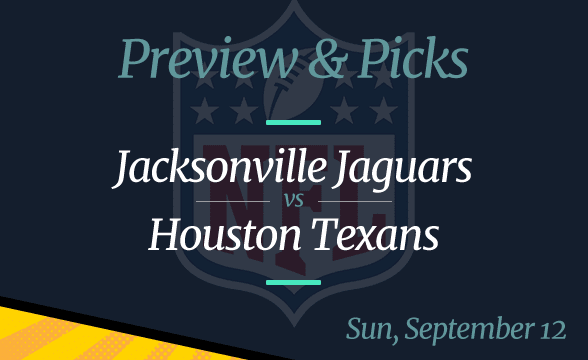 The time has come for the Jacksonville Jaguars rookie quarterback to make his proper NFL debut. We did see Trevor Lawrence playing in the preseason, but now it’s time for him to show the world why he was so good at college.

The Houston Texans also have a new starting quarterback. Instead of their 3-time Pro Bowler quarterback Deshaun Watson, the ex-Chargers’ backup Tyrod Taylor will get the starting role in Week 1.

All odds are per MyBookie as of September 10.

With two touchdown passes, the rookie quarterback helped the Jaguars end their embarrassing run of 17 straight losses. It happened in Week 3 of the preseason, when they beat the Dallas Cowboys 34-14.

In Week 1 of the regular season, they’re coming back to Texas. This time, their destination is Houston, where they will try to beat probably the worst NFL team in 2021.

Last season, the Jaguars were the worst, finishing with a 1-15 record. This season, it shouldn’t be like that and the main reason is the signing of Lawrence.

The rookie QB seems like the player who could launch a new era in Jacksonville. Lawrence was their first overall pick in the 2021 NFL Draft, which came as no surprise to anyone.

After all, the Clemson product was a dominant force in college football for years. In fact, Lawrence is considered by many to be the greatest NCAA quarterback of all time.

The Texans went 4-12 last season, but two of their players got a Pro Bowl invite. One of those was offensive tackle Laremy Tunsil, whom we’ll see in the team against the Jaguars.

The other one was quarterback Deshaun Watson, who will not play against the Jags. In fact, he might not play football in the NFL at all from now on. The thing is that the quarterback is facing multiple charges of sexual misconduct, which prompted the Texans to drop him.

Instead, their starting quarterback against the Jaguars is going to be Tyrod Taylor, the former backup quarterback for the LA Chargers. Although he’s been in the NFL for a decade, Taylor has started only 47 games so far. What’s even worse is that in the past three years, he made only four starts.

Obviously, the quarterback is the biggest problem for the Texans ahead of the start of the 2021 season. However, that’s not their only trouble. They also have a huge gap in the defense left by defensive end J. J. Watt.

The Texan’s record holder for most sacks and forced fumbles is no longer on the roster. In the offseason, Watt moved to the Arizona Cardinals.

Knowing all this, it’s obvious that anything but a dominant win for the Jaguars would be a huge surprise.

Pick: Jacksonville Jaguars to win and cover the spread. The Over is a smart option.