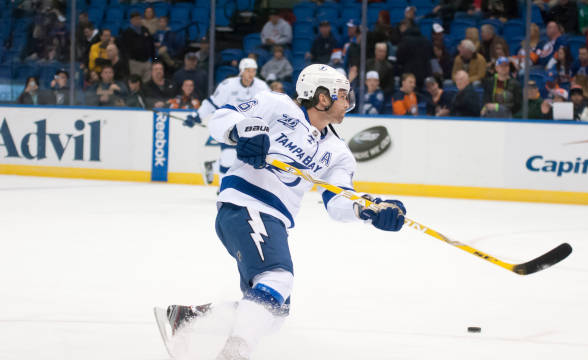 The Tampa Bay Lightning have a pretty decent chance to win their third straight NHL title. They’re currently in Eastern Conference Final, where they have a 3-2 lead over the New York Rangers. Winning another game would mean qualifying for the 2022 Stanley Cup Finals where the Colorado Avalanche await.

So, will we see the Lightning win the Eastern Conference? Oddsmakers sure think so, giving Tampa the role of the betting favorite. No surprise there as this team is coming off a 3-1 win on the road, while Game 6 is played on their turf (Amalie Arena) on Saturday, June 11.

The Lightning are Fantastic at Amalie Arena

Amalie Arena in Tampa is the Lightning’s fortress where this team is almost impossible to beat. The fact that the Lightning have won nine of their previous ten games shows how important the fan support is for their players.

Among those nine wins are two over the Rangers in the Eastern Conference Finals. Tampa won the first game 3-1 and the second 4-1, with four of its players getting on the scoresheet – Nikita Kucherov, Steven Stamkos, Ondrej Palat, and Patrick Maroon.

These guys have been nothing short of sensational since the start of the 2022 Stanley Cup Playoffs and they will probably be in the spotlight in Game 6 as well. That said, scoring a couple of goals against one of the NHL’s best defenses shouldn’t be a problem for the Lightning. Or should it?

The Rangers Need to Up Their Defensive Game

The New York Rangers finished the regular season with only 207 goals conceded, which made their defense the second-best in the entire NHL.

They continued playing great defensively in the postseason. They did concede 7 goals in two games against the Pittsburg Penguins, but in the Carolina Hurricanes series, 3 goals was the most they allowed per game.

It seemed as if they were going to continue playing great in the defense in the Eastern Conference Final, but the Lightning completely outplayed them in the previous two games.

The Lightning are 5-1-1 against the Rangers at Amalie Arena in their previous seven meetings. This fact shows how good Tampa is when playing in Florida. That, however, isn’t the only reason why we expect the Lightning to win on Saturday. These guys are also super-motivated to win as it would take them to the Stanley Cup Finals.