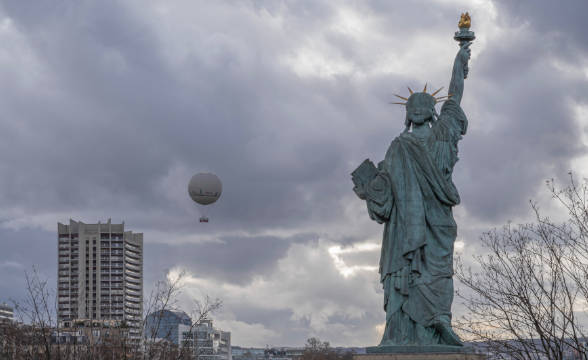 A 56-year-ord Staten Island resident that spent more than a decade in federal prison was sentenced once again earlier this week. The man now faces more than 4 years in prison for leading a criminal group, running illegal gambling venues and other criminal offenses.

The Department of Justice, US Attorney’s Office Southern District of New York said Tuesday that Abduraman Iseni, nicknamed “Diamond” was sentenced to 51 months in prison. According to the court documents, the man was leading a multi-year racketeering enterprise that was active between 2017 and 2020. Diamond’s criminal offenses include illegal gambling, threats, bank fraud, money laundering and false statements to a bank.

Before his recent sentence, Iseni had two other convictions. One of the convictions dates back to 1996 for racketeering. The second conviction from 2012 is related to money laundering. Overall, Diamond has spent more than a decade in prison.

Now, besides spending 51 months in prison, Iseni must pay a $5,000 fine. The court also ordered him to forfeit $349,000. In addition to his prison sentence, Iseni was sentenced to three years of supervised release. Court documents revealed that previously, Diamond pled guilty before US District Judge Andrew L. Carter. It was Judge Carter that imposed Iseni’s latest sentence on Tuesday this week.

Court documents reveal that Iseni was in charge of an organized criminal group dubbed the “Diamond Enterprise.” By using his criminal underworld influence, he offered protection and connections in change for a share of illegal profits. Moreover, the court found a network of illegal gambling venues operating throughout Brooklyn. Three such venues were found: “Sports Café,” “Friendly Café,” and “Oasis Café.” Each of the locations offered illegal sports betting and hosted illegal poker games. In its investigation, the DOJ found that some of the illegally obtained funds were laundered via multiple bank accounts to conceal the illegal nature.

The recent sentence is the result of collaboration between multiple government agencies. FBI New York’s Balkans and Middle East Organized Crime Squad, the FBI’s Newark Office and the US Customs and Border Protection and the New York City Police department contributed to the investigation efforts.

“Serving more than a decade in federal prison should have demonstrated to Abduraman Iseni the consequences of serious crimes. But instead, after his release, he went back to racketeering, threats, money laundering, and other offenses.”

Damian Williams, US Attorney for the Southern District of New York

Damian Williams, the US Attorney for the Sothern District of New York said: “Today’s sentence should send a message that this Office will make every effort to hold dangerous, recidivist felons to account.” He explained that despite serving more than 10 years in prison, Iseni went back to his old habits related to criminal offenses such as threats, racketeering and money laundering.