New Jersey has been on this trajectory for the last two quarters, and the few lagging elements seem to be slowly correcting, as the market is seeing undeniable growth. The Q3 outlook is also rather positive.

The Division of Gaming Enforcement (DGE) operating under the supervision of Attorney General Platkin’s office announced the September 2022 gaming revenue results for New Jersey’s casino, sports betting and online operators. The total growth for September 2022 versus September 2021 was 6.9% with the biggest contributor for this being sports wagering, which saw an 18.9% increase to $98 million, up from $82 million in September 2021.

Internet Gaming Win was reported at $135.2 million, which is a 10.3% growth, compared to the $122.6 million from the prior period. The September year-to-date is also significantly stronger when compared to last year’s results, up 23.2% totalling $1.22 billion versus the $988.7 million that was reported for 2021.

The biggest surprise by far was the reported Casino Win. It saw a small increase of 1.3% when compared to the results from last September, sitting at $251.7 million. Last September’s figures were at the $248.5 million mark. The September year-to-date paints a much better picture, however, with the nine casino hotel properties with a result of $2.13 billion, up 12.5% from the prior period’s $1.90 billion.

The Total Gaming Revenue for New Jersey’s casinos, sports betting and online operators is at $485.0 million for September 2022. This is the 6.9% growth that we mention in the beginning, with the results from the same period last year sitting at $453.6 million. While the total uplift when comparing only the September results is single-digit, the September year-to-date figures for 2022 and 2021 sound quite a bit better, with 12.3% total growth, coming in at $3.87 billion for 2022 and $3.44 billion for 2021.

The July results were told a similar story – single-digit growth in July 2022 compared to 2021, and double-digit growth in the July year-to-date comparisons with last year. These figures signal that the industry was recovering, albeit a bit slowly, and all signs up to this point continue to indicate New Jersey is doing well for itself, especially compared to last year.

New Jersey’s September 2022 year-to-date of $3.87 billion is extremely positive when compared to the $2.58 billion for the same period in 2019, which is an approximately 50% growth. It’s important to note that the state was on a hot streak, with two record gaming revenue quarters, and some slowdown was already visible towards the end of the second quarter.

The September results also reflect this, with growth slowing down further still, so projections for the third quarter, the results for which will be validated and published by DGE on November 22, are that growth for Q3 should follow that trend as well. This still puts the industry on a positive trajectory, however.

As more states are joining in the ranks with legalized gaming, a raise in revenue on an industry level is expected. This makes gaming in all its forms more attractive to states that have been entirely on partially withholding legalization, maybe tipping the scales and fueling further expansion. As a result, the successful recovery of the industry can also be considered as a crucial factor for more states to join, so Q3 results throughout the country are eagerly anticipated and warrant a close watch.

Previous Article
Industry October 18, 2022
AGA Boss Says $300B Wagered Illegally in the US on Websites and Slot Machines 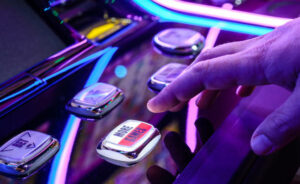 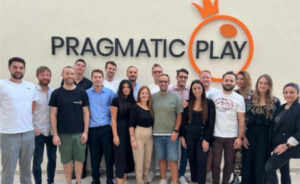