The new gambling regulations controlling the industry in New South Wales, Australia, have already entered into effect, said the newly-formed regulator on Friday. According to these new regulatory mandates, the Victorian Gambling and Casino Control Commission or VGCCC will have greater powers in controlling casino licensees in the state, including Crown Melbourne, which is the property that led to the sweeping, industry-wide changes in the first place.

What happens now is that every operator who wishes to conduct gambling business in New South Wales will be submitted to close scrutiny and have to ensure that it meets all requirements for AML, KYC, and CTF established by the gambling regulator. Should a casino fail, it will face consequences proportionate to the level of severity of the offense. VGCCC will specifically open proceedings against a property after each offense, possibly leading to a financial penalty.

Previously, VGCCC’s predecessor would only bother with disciplinary action if multiple breaches of the gambling code were detected. However, this model has proven unsustainable in time, making the revamped regulator to act in a much stricter manner in a bid to ensure that the gambling industry in the state operates to the highest standards.

Previously, the industry was regulated by a watchdog that was also in charge of the liquor industry, but this changed with the Royal Commission into Crown Melbourne that saw reason to have a separate body that keeps a closer look at casinos in the state and makes sure that they meet regulatory standards.

Moving forward, the VGCCC will be solely responsible for the gambling industry whereas the Liquor Control Victoria will be overseeing the liquor industry instead. New South Wales is confident that the VGCCC’s powers are now sufficient to ensure that there is less gambling harm around and that casino operations meet the necessary standards for safety. 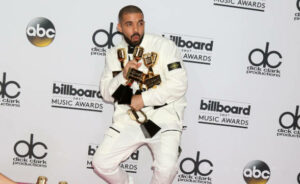