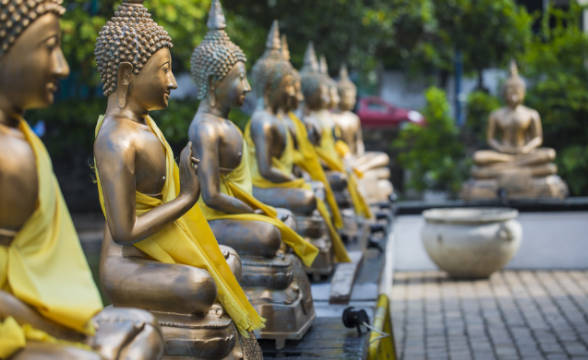 Sri Lanka’s Colombo Nelum Kuluna (also known as the Lotus Tower in Colombo) is in the top 20 of the tallest buildings in the world and is expected to garner a lot of investor interest to better develop the region. It has a total of 13 floors to offer shopping, restaurants, luxury hotel rooms, and more.

A new sports and entertainment center, including a casino, is to be developed at the Colombo Lotus Tower. The agreement between Lotus Tower Management Company (LTMC) and Singapore-based Kreate Design Pte Limited was said to bring in a total investment of $1 billion over three years to develop the comprehensive entertainment and sports zone.

The deal to operate a casino at the upcoming Lotus Tower entertainment area will see LTMC receiving $1.4 million a year after its agreement with Kreate Design Pte Limited is finalized. The agreement will be for 10 years, and LTMC is looking at receiving a six-month refundable deposit, with an increment on the lease of 10% every two years.

Operations are expected to begin next April. After the Friday media conference in which state minister of tourism Diana Gamage gave the initial details, an updated statement was reportedly issued. It says that the entertainment area, as well as a fully-fledged casino, are expected within six months, according to News Wire Sri Lanka.

Kreate Design Pte Limited is an interior design company and renovation company, and its agreement with LTMC will see it leasing out an entire Lotus Tower floor. The Singapore-based company will have 44,000 sq. ft. to work with, and there’s a water park in the plans, alongside the casino, and multiple other attractions. It wasn’t clarified whether Kreate Design will be operating the casino itself or if a third party will be employed instead.

Colombo Lotus Tower stands 350 meters tall, and opened to the public in September, almost two years after its completion. Its base has six floors – one will be for the entertainment area – and a further seven in its flower. The overarching plan is to make the building an investment hub, supporting trade, tourism and entertainment at and around it.

This is where gaming comes into play as well, with Sri Lanka issuing licenses to all its casino operators in July to attempt to collect a total of SRL 2.67 billion ($7.4 million) in outstanding tax revenue. This came as part of an overhaul to the country’s gaming regulation, as the operators were never really issued their licenses, resulting in the government missing out on the tax revenue.

Additionally, an increase in the yearly levy that casinos must pay was made, moving the tariff from the current SRL 200 million ($555,000) to SRL 500 million ($1.4 million), so around a 2.5x increase. The legislative changes are not yet fully finalized, so it’s not impossible to imagine that the opening of a new casino, as well as deciding who is going to operate it, is going to have to wait for that to happen. This also gives some perspective on what can be potentially expected on the legislative front as well but nothing’s been confirmed at this point.