With the COVID-19 pandemic now more or less under control, Nevada’s gambling and casino industry will return to normalcy.

Sisolak Will Give Up His Emergency Powers

The pandemic had put Nevada in a state of emergency which provided governor Steve Sisolak with emergency powers. He used those to impose quarantine measures and limit when gambling venues, among others, could work. As the COVID-19 outbreak has subsided, Sisolak will give up the emergency powers. The governor announced so himself in a Friday statement.

Sisolak added that the emergency measures for the healthcare system will remain in place. Healthcare workers will still have to adhere to certain restrictions. This decision was lauded by Marc Kahn, dean at UNLV Medical School. Kahn said that Sisolak’s measures allow for a quicker licensing of healthcare professionals – something Nevada desperately needs right now. The dean praised the approach and said that he hopes next time people will be ready:

“This is forward-thinking, hopefully, we’re going to learn from the pandemic and moving forward we’ll be able to do things quickly to keep the population safe.”

Critics Scrutinized Sisolak’s Use of Power

Previously, Sisolak had imposed a several-month-long closure of the state’s gambling venues in order to prevent the pandemic from spiraling out of control. In a recent statement, the Nevada governor justified his actions with the results at hand. He pointed out that the intervention prevented the healthcare system from being overwhelmed and helped the state recover quickly.

In total, Nevada had no more than 10,780 deaths out of 665,094 cases. The state isn’t completely safe yet with other COVID variants lurking around. Furthermore, less than 15% of the Nevada locals received both doses of the vaccine as of the time of this writing.

While Sisolak argues his emergency powers helped save people, his opponents beg to disagree. Nevada’s Republicans have criticized the governor’s approach for the damage it did to the economy. Many believe that Sisolak should have lifted some of the restrictions earlier.

Some independent parties have also disagreed with Sisolak’s way of handling things. In 2020, Carolyn Goodman, mayor of Las Vegas, went as far as calling Sisolak a “tyrannical dictator” who destroys the local economy and crushes down Las Vegas’ profitable casino and hospitality industry.

Despite criticism against Sisolak, Nevada’s gambling industry continues to grow strong. In March, the state almost beat its previous casino record. The month saw the Silver State hit the $1 billion revenue mark for the 12th month in a row. However, there is some basis for the critics’ concerns as unemployment rates remain dangerously high. 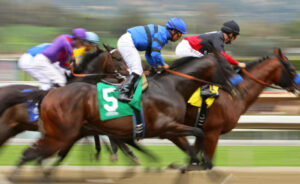 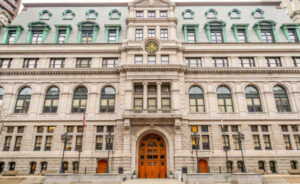