MotorCity Casino Hotel in Detroit is making provisions in case a second lockdown on the business is imposed. The Ilitch-owned gambling establishment got an approval from the Michigan Gaming Control Board (MGCB) during a special meeting Monday to expand on its revolving credit facility and overall finance model.

The casino resort near downtown Detroit received unanimous approval to restructure its debt from the 4 members of the MGCB during the virtual meeting. According to the plan presented to the MGCB by MotorCity president Bruce Dall, the casino operator would move from a $15 million revolving credit facility to a $45 million one.

The credit facility expansion would allow MotorCity to sustain business for at least 18 months in case of a second closure, Bruce Dall outlined as the main motive for the company to increase debt. Besides the tripled credit revolving facility, MotorCity would also seek to restructure its financing.

Currently, the casino company is operating around a financial model of $282 million term loan and $200 million in senior unsecured notes, which would be expanded to $570 million, a combination of 5-year term loan and unsecured debt.

MotorCity is restructuring its financing amid upcoming maturities of its existing debt in the summer of 2021 and in 2022, seeking to close the deal by the end of the week, before any potential market disruption from the presidential election.

Mid-March the three casinos in Detroit, MotorCity, Greektown and MGM Grand, were ordered to close down to help prevent any further spread of the virus. The land-based gaming establishments were allowed to re-open in early August, albeit implementing a number of health and safety guidelines and with limited capacity at 15%.

At the end of July, MotorCity laid off 2,500 employees, noting it would look to bring at least half of them back when the casino is allowed to re-open. A release by the MGCB showed revenue from the three commercial Detroit casinos in September fell compared to the same month the prior year.

MotorCity’s revenue for the months of August and September was about 63% and 83% of what the casino generated for the respective month in 2019, and October is expected to reach 85% to 90% of October 2019 level, Bruce Dall noted to the MGCB.

The casinos in Detroit lost more than $555 million for the more than 4 months of closure, while the city of Detroit lost $600,000 in gambling tax revenue for each day the commercial casinos were shuttered.

Nationwide, the impact on casino industry incurred a loss in excess of $2 billion in tax revenue for the states, prompting the need for financial aid to the sector. 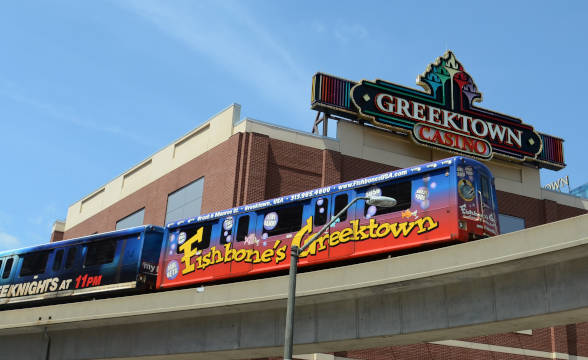 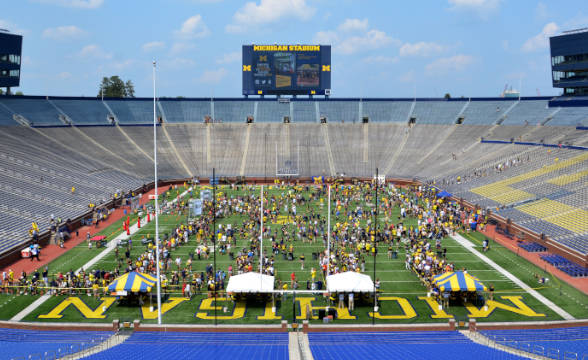 Despite the ongoing COVID-19 pandemic, casinos in Detroit, Michigan managed to surpass $100 million in monthly aggregate revenue last month, according to recent results. MGM, Greektown Revenue Grows in January The Michigan Gaming Control Board unveiled figures on Tuesday regarding the revenue which casinos in Detroit raised in January. According to the recent report, the […]

In a statement on Monday, the gambling regulator in Michigan warned residents of the state that placing bets or gambling via unregulated, black market operators hides unexpected dangers. Using Unregulated Operators May Result in Identity Theft Michigan Gaming Control Board’s (MGCB) executive director, Henry Williams, said in a statement earlier this week that residents who […]

Reversal of Lifetime Ban Brings 500 Gamblers Back to Detroit Casinos

Gamblers who previously put their names on the voluntary exclusion list for Detroit’s three casinos now have a path back inside due to a new law. Voluntary Exclusion List Introduces Shorter Duration A total of 545 people have removed their names from the Michigan Disassociated Persons List following the adoption of a new law. The […]

The Michigan Gaming Control Board (MGCB) saw a change at the helm last week after Gov. Gretchen Whitmer appointed Henry L. Williams, Jr. as executive director to replace long-serving Richard Kalm. “With the nomination of Henry Williams, I am confident that the board will continue protecting and advancing the interests of Michiganders and the state.” […]

Michigan Just Days Away from Going Live with Online Wagering

Online sports betting operators are eagerly awaiting the green light from the Michigan Gaming Control Board (MGCB) to go live as the state’s gambling laws and competitive tax rates promise a lot of opportunities for them revenue-wise. Going Live Anytime Last week, MGCB executive director Richard Kalm said at the board’s monthly meeting that a […]