Internet gaming and sports betting in Michigan seem to have peaked in April, showed the June monthly report of the Michigan Gaming Control Board (MGCB). The state regulator revealed Tuesday that June was another month of revenue decline.

Commercial and tribal operators in the Great lakes Stake reported a combined $136.9 million of total gross internet gaming and internet sports betting receipts to post a 14.9% decrease as compared to May’s $160.9 million and confirm the negative tendency since April’s peak of $163.1 million. And while the slide in May was just 1.4%, the downward trend is now accelerating.

Declines were across the board as the total internet sports betting handle of $270 million was 19% less than the respective reading in May, $333.4 million.

Less for State and City

The State of Michigan received $22.8 million in taxes and payments from operators for the month, down 7.3% as compared to May. Internet gaming taxes and fees amounted to $22.5 million, down 18% from $23.5 operators paid to the state in May, while internet sports betting taxes and fees were $328,954, 70% less than the $1.1 million in May.

Casinos in Detroit paid $6.3 million in wagering taxes and municipal services to the City of Detroit, down 11% from the $7.1 million the three casinos paid the month before. $6.1 million of the taxes and fees were generated via internet gaming and $201,320 came from internet sports betting. Internet gaming in May generated $6.4 million in taxes while internet sports betting added another $693,999.

Tribal operations also paid less to their governing bodies, $2.5 million as compared to $2.7 million in the month before. 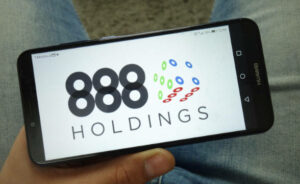