The $1.55 billion to be used in phase 1 of the INSPIRE Entertainment Resort on Yeongjong Island in Incheon, South Korea will ensure the completion of phase 1 of the project that is set to open doors to customers in 2023 and help the country attract more visitations and revive its tourism industry.

We have a proven track record in developing and operating leading integrated entertainment resorts in North America with our successes in Connecticut, Las Vegas and Niagara Falls, and we look forward to taking this success abroad as the first American IR launched in Korea.”

MGE’s wholly-owned South Korean subsidiary INSPIRE Integrated Resort Co has now the backing of a total of $575 million in equity, out of which $300 million own investment and $275 million investment from private equity firms Bain Capital and MBK Partners.

The General Contractor for the project that is located within the IBC-III region of the Incheon International Airport, Yeongjong District, Incheon Free Economic Zone and already underway, Hanwha Engineering & Construction Corp., provided a completion guarantee for the project, as well as a subordinated investment of approximately $85.5 million, while Hanwha Hotel and Resort Co. is a strategic partner and the integrated resort (IR)’s hotel operator.

The large-scale investment of the INSPIRE Entertainment Resort is expected to generate significant international interest to boost the number of foreign tourists coming to the region and help South Korean tourism rebound from the impact of the pandemic.

We anticipate a significant rebound in the tourism and leisure industry following the pandemic, and we look forward to contributing to the Korean economy while at the same time opening and operating a successful, state-of-the-art resort.”

Set to become the largest IR in Northeast Asia upon completion, INSPIRE Entertainment Resort will feature three 5-star hotel towers, a multi-functional performance arena with a capacity for 15,000, a foreigner-only casino, a convention facility that will be the largest in the Seoul metropolitan area, a retail offering and an indoor water dome and an outdoor thematic “Family Park” space. 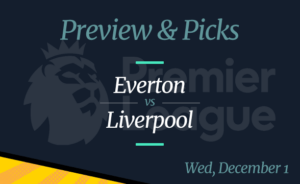