Two separate bills (S 269/ H 506) in Massachusetts aiming to legalize sports betting move forward on Beacon Hill, as the committee was given until Sunday to vote on them.

Massachusetts could soon join its neighboring states in allowing its residents to wager on sports. The two separate bills, S 269 and H 506, move forward as the Joint Committee on Economic Development and Emerging Technologies began polling its members on different versions of the legislation and opened voting polls on Friday. Members had to vote on the bills until Sunday at 5, and no new updates have yet been made available.

If approved, Sen. Eric Lesser’s bill, S 269, would move to the Senate, where it would be scheduled for another committee’s vote. He is also the co-chair of the committee. This is the first session where he has filed his own sports wagering proposal. The other bill would move to the House after the closure of the poll. It is the redraft of legislation initially filed by Rep. Dan Cahill.

Even though the outcome of the bills is yet unknown, some officials suggest that the sports betting issue in the state could see resolution before lawmakers take their summer break. In its last session, the House passed legislation that could have legalized sports wagering, but it stalled in the Senate. According to observers, there’s more interest this year.

The first to restart the talks on sports betting this year was Sen. Brendan Crighton. He submitted a proposal resembling previous ones but included an increased tax and fees rate. According to him, and according to proven statistics, state residents bet on the black market and other states, and the state is not seeing any of the money.

In February 2021, Eric Lesser introduced his legislation and stated that Massachusetts is taking a cautious approach towards the issue. He said that in-person sports betting could generate significant revenue for the state, up to $35 million annually.

Taxes on Par with the Norm

H 506 would allow casinos, slots parlors, horse racing tracks and simulcasting venues to apply for licenses, permitting them to take in-person bets and to have one to three mobile sports wagering platforms. The two bills also aim to create better racial equity by allowing more commercial entities to apply for licenses.

The in-person bets would receive a tax of 12.5% and mobile bets would be taxed at 15%. There would be an additional 1% tax for bets placed on events in Massachusetts and would be proportionately divided between the host venues. The money would be used for “sports wagering security and integrity.” The redrafted house bill would also permit sports betting on college sporting events but not on individual college athletes’ performances.

Previous Article
Sports July 19, 2021
MGM Resorts Lays Out What It Will Pay For an IR in Osaka, Japan
Next Article 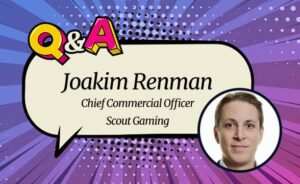