The Massachusetts Gaming Commission is firing on all cylinders and multiple contractual services are supposed to help it implement sports wagering in the state. It’s going to be hard work to meet the projected deadlines, but the fact that there are no updates on the deadlines is a good sign, at least for now.

The Massachusetts Gaming Commission (MGC) held a scheduled meeting on October 13 to discuss further details on legalizing sports betting in the Bay State. During the meeting, executive director Karen Wells gave an update of the various “contractual services” that the MGC is employing during the state’s preparation for sports wagering. “The IEB team is now working fast and furious”, Wells said, commenting on the decision to take advantage of some extra help to achieve the January 2023 deadline.

Wells said that the Investigations and Enforcement Bureau (IEB) worked with MGC’s finance team to select RSM US as a provider of consulting services, aimed at assisting the regulator with the background review process for license applicants. “RSM is a leading provider of audit, tax,r and consulting services with a presence across the US and internationally,” Wells said. She focused on RSM’s expertise both domestically and internationally in financial due diligence and outlined how RSM’s experience in the gaming field can be instrumental in its services.

“The IEB and RSM are coordinating on the case management system, the investigative protocols for financial suitability review and analysis, and the documentation of findings,” Wells said, outlining her confidence that RSM is the right choice for these tasks. However, the January deadline is fast approaching, and it seems that the MGC does not want to be reliant on a single contractual service to fulfill it.

The IEB will also receive support from investigators, some of whom are apparently former law enforcement officials, including ones previously working at the State Police Gaming Enforcement Unit. “These investigators are lined up to assist with the general suitability reviews of applicants at the operator, vendor, and employee levels,” according to Wells.

She also shared that she was “very pleased” that this was done in time, as the Scoping Survey that the MGC released last week is due next Monday, October 17. Wells explained that the Monday deadline is also “the trigger point for the investigators to identify qualifiers” and continue with their duties.

This explains why the survey is a mandatory step in the license application process, the next step in which will be preparing the investigative protocols. This is one of the reasons the investigators were contracted in the first place and outlines the value of these “contractual services” that the MGC is employing.

Another one of which, was the Gaming Labs International (GLI) contract. Wells described GLI as a “uniquely qualified company for assistance in sports wagering implementation”. GLI has a successful track record of assisting other regulators in implementation in other jurisdictions in the gaming world, so its expertise matches perfectly what the MGC needs at this stage.

According to Wells, GLI will be helping with numerous regulatory infrastructure elements, such as technological and testing standards, internal controls, responsible gaming initiatives, and more. It’s also important to note that GLI’s expertise will be utilized beyond the initial stages of setting everything up. Wells mentioned that its services can be used to “confirm the appropriate internal controls that are submitted by the licensees.” 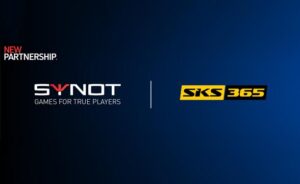 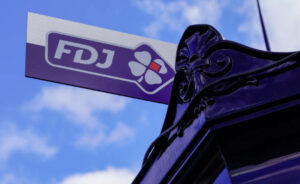