Massachusetts lawmakers have voted amendments on House Bill 4879 to expand the scope of online lotteries in the state and increase sports betting tax to 30%.

Amendments Passed for HB 4879 in Massachusetts

Massachusetts lawmakers have amended a sports betting bill introduced last week to now allow online lotteries to operate legally in the state. However, as per the changes, commercial operators will have to pay double for running online wagering products.

The bill was part of a broader push introduced as a new economic development package. Sponsored by the Massachusetts House Committee on Ways and Means, House Bill 4879 is designed to boost growth in the state.

The bill specifically addresses the Massachusetts Sports Wagering act which aims to legalize all forms of sports wagering in the state, whether they are land-based, online or mobile. Lawmakers passed the changes with an overwhelming support at 157-1 in favor of the amendments.

Thanks to the new changes, the Lottery Commission will be able to broaden its scope and introduce various promotional activities to boost ticket sales and participation. Next, to boost the efficiency of the current model the state lottery operates under, the Commission will carry out a survey to tailor the Lottery’s offer to state residents’ preferences.

Moving forward, players would have the right to self-exclude and adjust the maximum amounts they can spend and deposit. The bill also sets out a clause in which it states that operation and administration costs for supporting the online skin of the lottery may not exceed 15% of the ticket-generated sale revenue.

While originally, sports betting operators had to pay just 15% of their gross gaming revenue, this number would now double to 30%. There was even a suggestion to push the taxation even further up to 50%, but lawmakers finally settled on the smaller amount, perhaps aware of the crippling effects the steep tax would have had.

Moving forward, racetracks within the state, will now be able to offer mobile betting solutions. The Massachusetts Gaming Commission will also have to work out a report for the so-called ‘Region C’ casino in the Southeast region.

The casino was proposed under the 2011 Expanded Gaming Act, but it has been mothballed ever since, because of unresolved issues with neighboring states, such as Rhode Island and Connecticut, which cautioned that a new casino close to their border might kill revenue.

H 4879 is not quite yet a fact. It needs a third reading in the House of Representative, and then it will travel to the Senate. Should everything go according to plan, Gov. Charlie Baker will have a new bill to sign soon.

Massachusetts’ lottery revenue has dropped by 4.7% year-over-year registering $5.25 billion for the fiscal year ending on June 30, 2020. The state finalized the reopening of casinos in June after initially shutting them down on March 14. 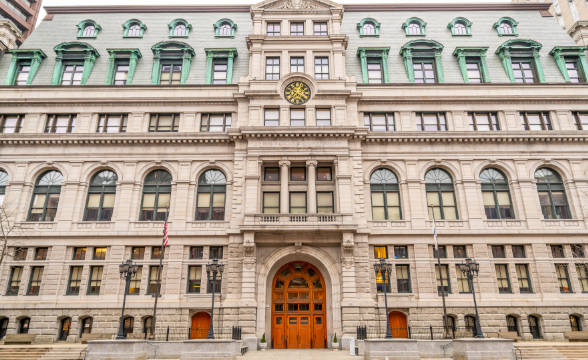