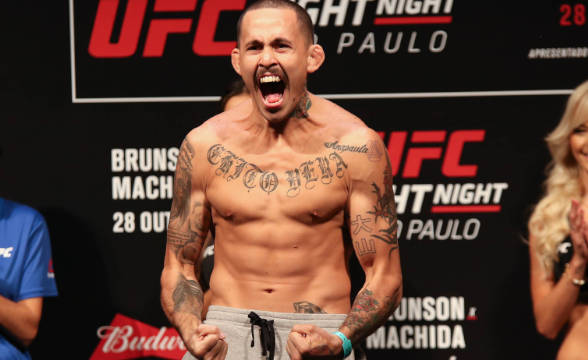 The bantamweight fight between Marlon Vera and Dominick Cruz headlines UFC on ESPN 41 on Saturday, August 13. Online sportsbooks all see Vera as the odds-on favorite in this bout, but we don’t think Cruz should be underestimated. After all, The Dominator is a former UFC Bantamweight Champion.

So, can Cruz upset the odds, or will Vera get the job done routinely? Those are the questions we will focus on in our UFC on ESPN: Vera vs Cruz preview.

All odds are per FanDuel as of August 10.

Marlon Vera a.k.a. Chito is a 29-year-old originally from Ecuador who currently resides in California, where he trains with RVCA (together with UFC Hall of Famer B.K. Penn). Vera’s professional record is 19-7-1, while in the UFC, he is 13-6.

What’s interesting is that all of his losses happened via decision. When it comes to Vera’s victories, he’s got seven wins by KO/TKO, eight by submission, and four by decision.

He’s got amazing stats, but what’s really making him the favorite in the eyes of bookmakers is that he’s been nothing short of impressive in recent times. He is 3-0 in his previous three fights, winning the Performance of the Night bonus for one of those. Further, the other two were crowned the Fight of the Night by the UFC officials.

Can Dominick Cruz Shock the Oddsmakers?

We think Dominick Cruz is the type of fighter who can do great against the odds. After all, he’s a former champ, who used to hold the UFC Bantamweight Championship belt on two separate occasions, defending the title three times in total. The bad news is that all of that happened years ago – he’s been without the title since 2016.

Cruz is now a 36-year-old with an impressive 24-3 record, who still believes he should have another shot at the title. For that to happen, however, he will need to beat Vera on Saturday.

Some may think that he’s past his prime, but Cruz is coming off two wins in 2021. He started his surge with a win over Casey Kenney, followed by a win over Pedro Munhoz. What’s worrying is that both of those wins happened by decision (split and unanimous respectively).

Everything seems to be going in Marlon Vera’s favor. However, we are sure that Cruz is taking this fight very seriously. In fact, this is probably the most important fight in this chapter of his career. Winning on Saturday could mean the start of Cruz’s resurgence; losing the fight could mean the beginning of the end of his UFC career.