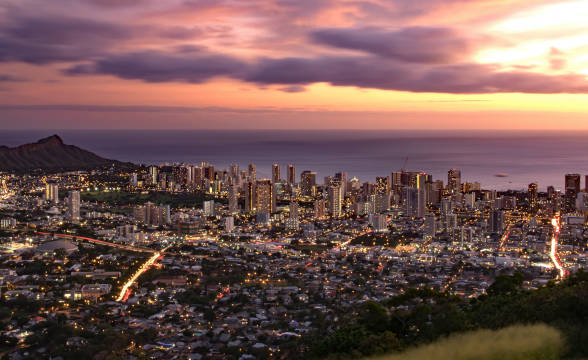 Hawaii has been talking game with regards to legalizing casino gambling in the state, but while legislators are bickering, illegal operations have proliferated. A man was shot dead last Wednesday at a black market gambling facility and a suspect has been already arrested for second-degree murder.

The victim, who was 33, got into a fight with another person on-site which led to the latter producing and discharging a firearm. After the man was shot, the suspect fled the scene running, but was apprehended the next day. The incident took place in Honolulu in Oahu, one of the state islands, and according to police, the two men knew each other.

However, the police have refused to release any details regarding the two people’s names or identities. The death of the man is the 15th shooting death to occur in the state since the beginning of the year, a local media reported. The illegal gambling venue is also likely to come under scrutiny, but there were no names mentioned as to who was running the operation.

Meanwhile, Hawaii remains one of only a few states in the United States that do not allow any form of gambling. This has naturally led to pent-up demand for gambling across the archipelago. There have been calls from the Department of Hawaiian Home Lands, which needs to get more funding to be able to fund its housing programs.

However, funds have been slow to get by. A casino in Kalopei for visitors may change that, but there is a lack of sufficient legal support to spearhead the move. At the same time, police have remained busy. In 2021 alone, police officers raided at least 50 venues that were believed to be illegal gambling operations, and a total of 31 people were apprehended. Illegal gambling remains a serious issue for Hawaii and with the lack of regulated alternatives, the black market is likely to continue thriving.