The best possible way gambling taxes can be used is for funding educational projects, treating gambling harm or providing funding for different community organizations. But while gambling taxes can be allocated to organizations that need funding, when it comes to elections, the use of funds from gambling operators raises concerns. According to a new report for Malaysia, it is likely that some money from gambling was used to fund the country’s election, which caused concern about corruption.

Prime Minister Anwar Ibrahim in Malaysia revealed during a press conference Monday that the elections in the country were funded “partly” with gambling money, a report released by the Anadolu Agency points out. Only recently, Anwar became the country’s latest prime minister and joined forces with representatives of the National Front, the Barisan Nasional, the Alliance of Hope or Pakatan Harapan and the Sarawak Parties Alliance or Gabungan Parti Sarawak. Speaking about the elections, Anwar pointed out that without any doubt, gambling money was used partially in the process. He vowed to further investigate the issue.

“On the issue of gambling, certainly, this is partly used to finance the elections,“

Focusing on corruption, the PM said that the government and its ministers remain united against corruption. He reiterated that in the fight against corruption there will be no compromise. According to Anwar, one of the main reasons for corruption is the so-called kleptocracy system. He explained that kleptocracy represents a system that allows government officials among other leaders to steal. This, means that corruption isn’t the lone problem, Anwar said, but the system itself is problematic.

“Kleptocracy means a system that allows leaders to steal. Now, those who have been saying this (accountability) should not confine it to any particular person … it is the system.“

He outlined that the leaders that have benefitted from the kleptocracy system brought benefits to their relatives. Turning to an investigation, Anwar said that each of the government officials needs to accept being transparent as investigations into corruption will target everyone without exception.

Concerns about gambling companies funding elections do not come as a surprise. This is because gambling operators are at constant risk of money laundering and terrorism financing and if there are no strict methods for control, illicit funds can pass through a gambling business and ultimately fuel a governmental campaign. This may raise eyebrows about the legitimacy of the elections and the whole governmental structure in any country. 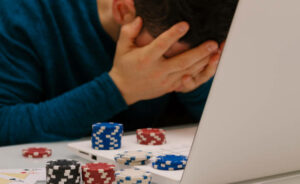 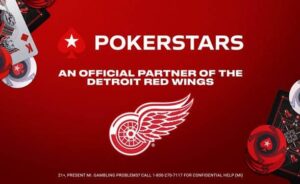