The CEO of DraftKings, Jason Robins, has stated that even though the Super Bowl has shattered records in terms of wagering, a majority of the bets were conducted illegally. Although 30 states have legalized sports betting, Robins claims the three largest states in the US still consider betting to be an illegal activity in terms of population.

Around 30 Million People Are Betting Illegally, According to Robins

Robins states that 30 million people are betting illegally. The appetite is already there and there’s no need to find the perfect product. He also thinks that massive events such as the Super Bowl are the perfect opportunities to drive engagement and attract new customers.

The Super Bowl specifically, shatters records as many people are looking to wager on this game. Recently, the hip hop superstar Drake made headlines as he wagered $1.25 million on the Super Bowl LVI.

While talking about the Super Bowl, Robins said that millions of people were ready to place bets on the games, regardless of whether their respective state considers sports betting to be legal or not. The massive wave of new customers is the reason why there’s such an “aggressive activity on the customer acquisition side”.

US states are starting to reveal how much money was wagered on the Super Bowl and the results are nothing short of staggering. The Nevada Gaming Control Board announced that around $179 million were wagered on Sunday’s highly anticipated game.

New Jersey was also among the leaders as this state reported over $140 million in total sports betting handle. Mississippi’s handle reached $6.4 million and Montana’s handle was around $700,000. Additionally, the American Gaming Association reported that over 31 million people placed bets on the Super Bowl. That is a 31.5% increase from 2021 and the main contributor to the increase is the fact that more states have legalized sports betting.

According to AGA reports, bettors favored the Rams as 55% of them predicted the Rams to win. The president and CEO of AGA, Bill Miller, stated that the massive enthusiasm of bettors highlights the growth of the sports betting industry over the past couple of years.

DraftKings had a pretty successful 2021, but according to the company, it expects its loss per share to increase by 15%. Wall Street analysts anticipate that DraftKings loss per share will be $0.78, which is higher than the $0.68 recorded the year before.

The company’s revenue, however, is expected to rise by more than 36%. DraftKings spent more than $10 million in promotions and bets to bettors who used its app to wager on the Super Bowl only.

These types of promotions are the main reason why the company reported higher losses, but as the number of stable players is likely to increase, the overall stability of the company is also expected to get better. 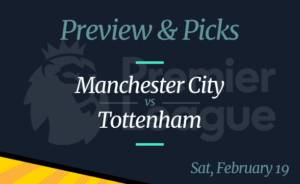