China’s Covid Zero policy continues to hamper Macau’s post-pandemic recovery. The special administrative region’s gambling market continues to show subpar financial results, and experts are not optimistic about its prospects. This uncertainty has prompted several key casino suppliers to jump ship and relocate to Singapore and the Philippines, where operators have recorded substantially better growth.

The past few years have not been kind to Macau. Once among the world’s top gambling destinations, the casino hub lost much of its luster after the pandemic’s devastation. The region has been painfully slow to recover due to China’s Covid Zero policy. Even though the government decided to lift international travel restrictions in August, the measures have not been enough, as analysts predict a 47.5% year-on-year decline.

Macau’s subpar results greatly contrast the Philippines and Singapore, whose gambling industries have enjoyed a strong resurgence. Singapore recently received praise from the IMF for its stellar recovery, while some casinos in the Philippines have already surpassed pre-pandemic levels.

Suppliers Are Migrating to Greener Pastures

Macau’s struggle is already causing a disturbance in the region as competitors draw away clients and surrounding businesses lose hope in its recovery. According to a recent Bloomberg report, several high-profile casino suppliers have decided to follow the money and relocate to the Philippines and Singapore. Among them is cross-platform global game company Light & Wonder Light & Wonder Inc., one of the world’s leading providers of gambling solutions. The lack of prospects in Macau prompted the company to relocate to the Philippines, where it is opening a new office.

Such decisions are not unexpected as the prolonged slump means casinos are less inclined to invest in new expansions, meaning suppliers are left without work. According to the Bloomberg report, an unnamed Japanese casino equipment provider recorded a 90% drop in revenue in Macau. The company is now relocating over half its inventory and approximately 30% of its staff.

The Region Is Teetering on the Edge

According to Jay Chun, Chairman of the Macao Gaming Equipment Manufacturers Association, no less than four high-profile equipment suppliers have started to shift their resources to more profitable markets. It makes sense from a business perspective, as Macau only manages revenue of roughly 9% compared to before the pandemic. In contrast, Singapore, the Philippines, and South Korea have recorded a recovery of over 70% of pre-COVID levels.

“Singapore and the Philippines are growing exponentially. Macau has already lost its shine.”

Illustrating the scope of Macau’s decline, the region’s annual gaming revenue was $36 billion before the pandemic, six times larger than that of Las Vegas. In 2021, Macau’s gross gaming revenue was just 10.82 billion as lockdown after lockdown meant tourists were hesitant to visit for fear of getting stuck.

With suppliers moving away and recovery stagnating, operators continue to bleed money. Public sentiment is already shifting due to negative news, causing many investors and tourists to seek better opportunities. Unless things change, the area can plunge into a dangerous downward spiral, consigning the Vegas of the East to obscurity. 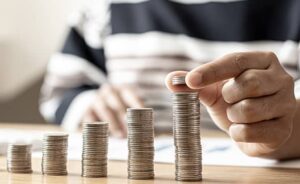 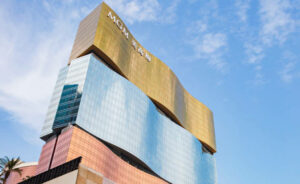 Industry September 6, 2022
BetMGM's 'IT'S ON' Campaign to Engage with Sports Audiences