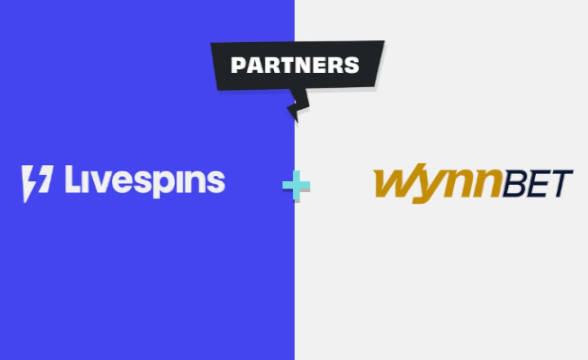 Livespins has once again shown that it means business when it comes to expanding in the US as it teams up with WynnBET. Thanks to this development, the brand will be able to stand out from the competition and provide players with a new and unique online casino experience.

WynnBET Can Elevate Livespins to a Whole New Level

The CCO of Livespins, Michael Pedersen, shared a few words on the news. He said that WynnBET is “one of the biggest players in the US market” and that it is a pleasure to be working with such an innovative team.

He also added that WynnBET has the tools to elevate Livespins to a whole new level and help it “change the game.”

Pedersen ended by saying that WynnBET pushed for custom integration of Livespins from the start of the negotiations and that is why everyone at Livespins is excited to unlock the advanced player experience.

WynnBET has been growing substantially since it launched in March 2020. New Jersey was the first market where it launched and since then, it expanded to nine states, with the latest one being Louisiana. The other 8 states are Colorado, Arizona, Virginia, New York, New Jersey, Tennessee, Indiana, and Michigan.

Additionally, the company is a NASCAR-authorized gaming operator and a partner of numerous sports teams in the US, including the likes of the New York Jets, Indianapolis Colts, Memphis Grizzlies, and the Detroit Pistons.

Livespins Partnered With Numerous Reputable Providers in the Recent Period

In its quest to become a market-leading operator, Livespins has made sure to partner with some of the best online casino game providers on the market. Most recently, it signed a live slot streaming deal with Yggdrasil and thus, achieved another important milestone.

Pedersen stated that the partnership with Yggdrasil is yet another great chapter in Livespins’ quest of delivering a top-notch experience. The commercial operations director of Yggdrasil, Andrew Pegler stated that the popularity of slot gaming will continue to rise in the coming years and through the Livespins partnership, players will be able to enjoy better engagement rates.

Live slot streaming experiences allow for massive crowds to be united and hundreds of players can place bets simultaneously with the streamer.

So far, 2022 has been quite a successful year for Livespins. Back in January, the operator signed a deal with Fantasma Games and added the provider’s portfolio to its platform. Then, iSoftBet also joined the team in March. These partnerships have one goal – to expand Livespins’ brand presence and in doing so, provide players with the most unique gaming experience.

Grosvenor Casinos Rebrands to Create “Entertainment for All”

UK operator Grosvenor Casinos has announced an ambitious branding that will see the company move with the times and modernize its appeal to new generations of players and customers. Effectively, Grosvenor Casinos is breaking away with the “stereotypical casino experience,” the company informs in a press release, arguing that it is embracing innovation from the […]

Lady Luck Games has confirmed in a press release that the company is set to enter the Italian iGaming market with Microgame, a leading aggregation platform in the industry. Microgame already powers more than 50 operators and offers products to 130+ brands, with Lady Luck Games now having the opportunity to enter with its own […]