The prosecution of Chicago’s largest gambling ring to date is finally over as the judge gave probation to the last participant in the operation.

Prassas Got Two Years of Probation and a Fine

Vasilios Prassas, 39, was one of the most loyal members of the operation. He served as an agent and scouted new people to bring to Unclemicksports.com, Vincent “Uncle Mick” DelGiudice’s gambling website. Prassas’s role was minor but he was one of the most long-term supporters of DelGiudice, according to the prosecution. Earlier this year, the man confirmed that he participated in the scheme.

In court, assistant attorney Terry Kinney pointed out that although Prassas participated in the gambling ring, he was a victim. According to Kinney, DelGiudice took advantage of Prassas’ unhealthy gambling habits to ensure his loyalty. In particular, the ringleader forgave several of Prassas’ gambling debts that would have otherwise caused him to “crash and burn.”

Damon Cheronis, a defense attorney, agreed with this. He added that Prassas’ participation in the scheme didn’t make him any richer. On the contrary, he “emptied his pockets.” Cheronis also emphasized that Prassas has not gambled ever since his charge on February 2020.

Prassas promised to never participate in such conspiracies again. In the end, the judge handed him a $20,000 fine along with two years of probation. Additionally, Prassas will serve 100 hours of community service.

The Gambling Ring Is No More

Prassas is one of several participants in the conspiracy. Others, including DelGiudice and Casey Urlacher, mayor of Mettawa also received various sentences. Ex-president Donald Trump eventually pardoned Urlacher. This was largely because of his relationship with Brian Urlacher (brother), a player for Chicago Bears.

Meanwhile, DelGiudice, the conspiracy’s ringleader, was sentenced to 18 months in prison. Furthermore, he had to pay a huge forfeiture and a $3.5 million fine. To this date, DelGiudice’s gambling ring remains the biggest illegal gambling operation in Chicago. His site, Unclemicksports.com, had about 1,000 players, helping him line his pockets with millions of dollars.

Some of the conspiracy participants got away lightly. This includes Matthew Knight, who was sentenced to 100 hours of community service and was forced to pay a $10,000 fine. Others weren’t so lucky. Nicholas Stella, a Chicago police officer who cooperated with the scheme, got 15 months in prison for his involvement.

Now that Passas has received his sentence as well, the case involving the biggest gambling ring in Chicago is finally over. 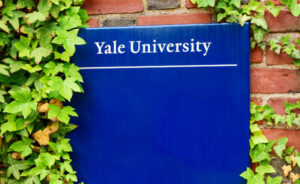 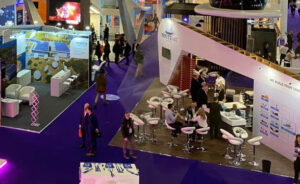