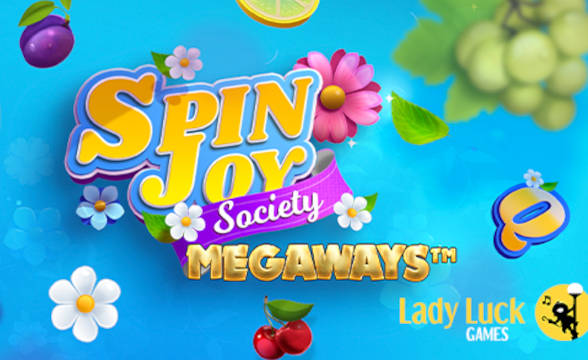 Lady Luck Games is entering the Megaways world with the first title of its own, SpinJoy Megaways. The forthcoming slot is licensed through an agreement with Big Time Gaming, which is the official rights holder to the Megaways mechanic. Thanks to this collaboration, Lady Luck Games will be able to implement the award-winning and highly popular mechanic into its forthcoming titles, starting with the first game.

SpinJoy Society will come along with 117,649 ways to win, which makes it a unique title through and through. The studio is also implementing a special “Coin Collector” feature and a win multiplier that will grant you an increase of 1x to your multiplier for every consecutive win you score.

SpinJoy Megaways is the first Megaways title developed by the Swedish iGaming developer and the release is still forthcoming with no exact date pinpointed on the calendar. Lucky Games AB CEO and co-founder Mads Jørgensen spoke about this opportunity and said that the studio was excited to be embarking on this opportunity. He noted:

Being able to develop and release our first-ever Megaways title is a huge milestone for Lady Luck Games and it’s a real testament to all the hard work that everyone has put in behind the scenes.

The addition of megaways will no doubt add more exposure for Lady Luck Games’ products, Jørgensen said. The BTG’s game mechanic is known the world over and the studio is excited to have the opportunity to launch with its own megaways proposition.

Big Time Gaming CEO Nik Robinson also welcome the partnership and said that he believed in the success of Lady Luck Games and the studio’s first title in the Megaways vertical. “We are really excited to see the launch of this latest game from Lady Luck Games, and we wish the team all the very best as they embark on their Megaways journey,” he concluded.

FunFair Releases Dig It, a Game About Mining Gems