Kindred Group, the online gaming operator that hosts powerful brands like Unibet and 32Red and provides online poker, casino, bingo, and sports betting options, is determined to reach the zero percent revenue mark from harmful forms of gambling. Approximately one year ago, the group announced its bold plans. However, the latest Q4 numbers for 2021 show Kindred’s share of the revenue from harmful gambling reached 4%, recording a 0.7% rise from Q3’s 3.3% revenue share. This is a slight slip, but the fact that the group is transparent about such setbacks demonstrates its commitment.

Kindred Is Determined to Stay on Course

Despite the percentage of revenue coming from unsustainable gambling going up in Q4, the group is determined to stay on course and reach the zero percent revenue milestone from problem gambling.
The group’s CEO Henrik Tjärnström acknowledged that their efforts to lower their revenue share from harmful gamblers only generated flat results in 2021. At the same time, Tjärnström added the group fully understands this is a problem that does not withstand an overnight solution. On the contrary, Kindred is fully dedicated to putting in more strenuous work, efforts, and commitment towards reaching the zero percent goal.

The group started publishing its official figures for tracking revenue from unsustainable gambling during Q4 2020, when it recorded a 4.3% revenue share. During the first quarter of 2021, the group recorded a 0.4% drop to 3.9%, followed by a small increase to 4.3% during the second quarter of 2021. During last year’s third quarter, Kindred recorded a significant drop to 3.3%, followed by the minor increase in the Q4 figure when it reached 4%.

The group explained the rise from one quarter through a number of factors, with special emphasis on the standard rise in gambling during the holidays when high-risk gaming is known to reach a peak. An additional factor mentioned by Kindred was its decision to withdraw from the Netherlands, which also apparently triggered a rise in the reported figures. The same exit from the Dutch market caused Kindred’s business to plummet at the beginning of Q4 2021.

Last year was primarily dedicated to researching the best policies and initiatives and gathering data to understand the full extent of the problem. Kindred plans on using 2022 to speed up and improve its engagement with problem gamblers. The group proved the importance of this type of engagement at an early stage to stop the problem from rising and disrupt harmful behaviors.

Kindred plans on delivering better-targeted initiatives and more efficient guidance to players who are more susceptible to engage in problem gambling behaviors. This will be achieved with the help of new self-control tools, better customer support solutions, as well as automated interventions for those groups that have a lower risk of engaging in harmful gambling. 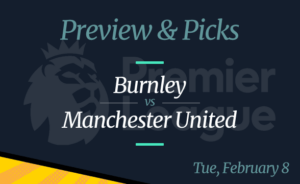