The Kentucky Derby will have an audience for the races set in September. While the total number of seats is yet to be confirmed, the Derby announced their health and safety protocols.

Kentucky Derby in September Will Have Some Audience

Good news for fans of horse racing, as the Kentucky Derby will be allowed to have some audience in September. The 146th Kentucky Derby was initially set to take place on May 2. However, the date was changed with the outbreak of COVID-19 in the US. This forced the change of the date for the Derby to September 5. Now, a few months later, state officials are introducing easing of the measures which were imposed due to COVID-19. The world-famous track in Louisville, Kentucky has received approval by state Governor Andy Beshear to accept some crowd for the race in September.

It is yet to be confirmed what the total capacity will be, but it is highly unlikely that crowds in the hundreds of thousands will be allowed. It’s important to mention that in the last decade, the track usually records some 150,000 visitors for each year’s event. However, the Kentucky Derby of 2020 will be different. Last week, Kevin Flanery, track president, released a statement assuring all necessary health and safety measures will be implemented to ensure both guest’s and visitor’s safety. Flanery said: “In response to the COVID-19 pandemic, we have established a comprehensive set of operating procedures, which include a multitude of precautionary measures to be followed while fans are in attendance at our facility.” He also outlined: “We are determined to keep our customers, employees, and communities as safe as we responsibly can.“

Churchill Downs released their health and safety protocols for the Kentucky Derby last week. Those protocols still remain subject to change depending on the state or government guidelines that may be introduced at a later point.

As per the safety protocols, visitors can gain entry into the facility with a printed ticket or with a mobile device pass. The commemorative tickets by the Kentucky Derby will not be available for solid paper purchase, but options for online or phone shopping will be introduced. All guests will have to wear masks or face coverings and keep social distancing. Guests not feeling well will be asked not to attend the events. The facility’s guest capacity will be reduced. Hand sanitizing dispensers will be available for guests in multiple areas around the facility. In order to ensure social distancing, the audience will be able to access only the infield area. Guests will not be able to access the Paddock or “front side” areas of the facility.

Further to the safety protocols, cleaners will ensure that all touchable surfaces and high-traffic areas are regularly cleaned and sanitized. Highly-touched areas such as seats, door handles, elevator buttons, pens, and keypads as well as other surfaces will be rigorously cleaned. When it comes to foods, the menus will be with reduced selection. One-time usable cutlery, napkins, and condiments will be given to guests.

According to The Derby’s announcement, tickets that were previously purchased for the Kentucky Oaks and Kentucky Derby events which were set for May are automatically converted for the new race dates in September. Printed-out tickets or mobile pass tickets will be accepted for entry. Although the total number of seats is not yet announced, it is known that the Derby has some 60,000 premium seats.

The generated revenue by Churchill Downs is mostly from the Derby Week ticket sales. A big portion of the revenue actually comes from the premium seating tickets. An excessive one-third of the premium seats are sold as “non-cancellable contracts”. Those contracts can be anywhere from three to seven years. With that being said, the remaining premium seat tickets are usually sold at the beginning of the year. Keeping in mind the financial disaster that COVID-19 brought to many businesses this year, Churchill Downs may benefit from the selling of the Derby tickets. 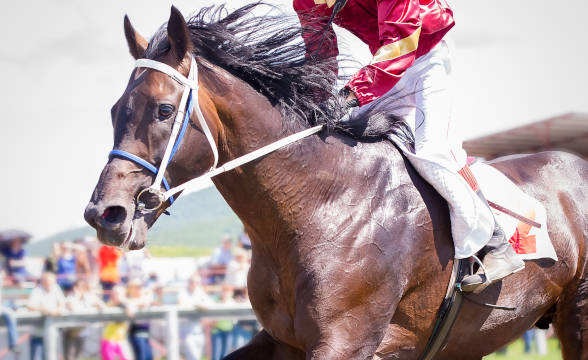