Justin Bonomo is a professional poker player from the United States that currently resides in Vancouver, British Columbia, Canada. He isn’t new to poker after playing professionally and participating in different tournaments for nearly two decades now. October was a strong month for Bonomo, considering that he collected above $1 million in prize money from tournaments

Overall, the poker pro participated in five different tournaments this month alone, according to The Hendon Mob. Those tournaments granted him a total of $1,093,992 in prize money or just above $35,000 for each day of the month. Yes, that undoubtedly sounds like a good daily rate even for a poker player.

Bonomo’s biggest win came from the $300,000 No Limit Hold’em – Super High Roller Bowl VII event early in October. Taking fourth place in the tournament granted the poker pro a hefty $720,000 prize. This was an intense tournament that saw Bonomo meet other poker pros such as Andrew Lichtenberger and Daniel Negreanu. In fact, in this event, Negreanu won first place and went home with the grand $3.3 million prize.

After that, in the $10,000 No Limit Hold’em – Bellagio High Roller tournament, Bonomo managed to win third place and went home with $24,000. Coming so close to first place, it was time for Bonomo to win a few tournaments.

Then, he participated in the $10,000 + 400 No Limit Hold’em – WPT Five Diamond World Poker Classic tournament. The event attracted a significant number of poker players and came close to 600 entrants. Unlike the success in the previous two tournaments, this time, Bonomo went home with $44,700 after taking 18th place. The WPT Five Diamond World Poker Classic tournament was won by Chad Eveslage, that collected the grand $1,042,300 prize. 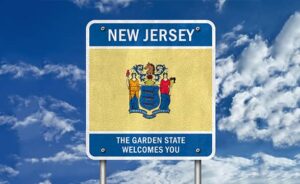