Nygaard-Andersen Steps in as Entain CEO

Speculation season is over and Entain Plc has confirmed Jette Nygaard-Andersen as its new chief executive following the announcement that Shay Segev, the outgoing CEO, will step down and move on to take a position at DAZN.

A seasoned veteran and heavyweight executive, Nygaard-Andersen is an apt appointment, owing to her vast experience. She stepped in as non-executive director at Entain in 2019 and has been helping the company through its transformation from GVC Holdings.

With over 20 years in various executive positions, Nygaard-Andersen is capable of steering the company in both non-executive and executive positions as she has held various roles related to mass market media, entertainment, sport and digital businesses, the press release explained.

Among her most notable previous appointments have been Modern Times Group and Moeller-Maersk. Commenting on the appointment, Nygaard-Andersen shared her excitement to be taking the reins over from Segev and joining Entain on the company’s ambitious mission to bring a new level of entertainment to consumers worldwide:

“I am very excited to have the opportunity of continuing the extraordinary momentum that Entain has in its existing markets, as well as helping it enter new regulated markets and reach new audiences.”

With Segev stepping down, Nygaard-Andersen seems a fantastic pick for the company, and she shares the outgoing executive’s own passion for the company and bringing a state-of-the-art product to consumers.

Many Exciting Developments Ahead

Entain is strengthening its leadership team by bringing Sandeep Tiku as a permanent member of the board after he served as the Group CTO for four years and then transitioned to Group COO in July last year.

Nygaard-Andersen said she was glad to have Wood step up as vice CEO and share the responsibilities that would ultimately push the company forward. Nygaard-Andersen confirmed that her commitment to Entain’s own mission and “industry-leading levels of player protection” was something that she supported in full.

The ultimate goal Entain has set ahead of itself is to become the most sustainable and successful business in the industry, something that is likely to come to fruition given the genuine enthusiasm the new executives have shown.

While in a bit of an executive hodge-podge, Entain saw a bid from long-term partner MGM Resorts International to acquire the company’s businesses. The bid was struck down and Entain explained that the offer greatly underappreciated the actual company value as well as its intellectual property and prospects.

Ultimately, MGM Resorts agreed to withdraw its bid. In this context, Entain’s Chairman Barry Gibson had this to say about Nygaard-Andersen’s taking up the reins as chief executive:

“We are extremely fortunate to have such an outstanding candidate and readymade CEO in Jette. She is already deeply immersed in Entain’s strategy and clearly shares our ambition to be the world leader in sports betting and gaming entertainment.”

Gibson shared the new executive’s enthusiasm about Wood and Tiku’s qualities as a member of the staff and valuable addition to the lineup of executives. 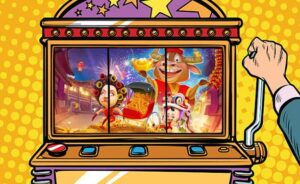